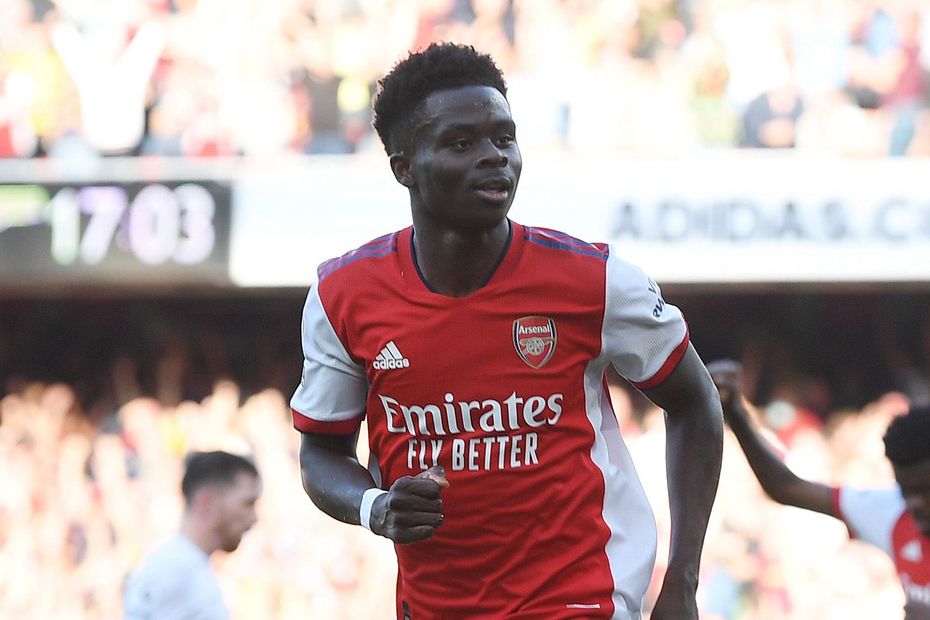 'Me and Emile spoke at breakfast about scoring!' External Link
FPL Update: Saka showing signs of going big in Fantasy
Which big-hitters to invest in? The FPL experts' views

Bukayo Saka (£6.2m) has the form and fixtures to offer outstanding value for managers in Fantasy Premier League.

The Arsenal winger claimed his season-high haul of 13 points in their 3-1 derby win over Tottenham Hotspur last weekend, scoring once and supplying an assist.

Added to his assist at Burnley in Gameweek 5, Saka has produced 19 of his 26 points for the season in his last two outings.

Crucially, his improved performances have coincided with an upturn in pitch time.

Saka played just 136 minutes over Arsenal's opening three matches, with his longest appearance a 60-minute runout against Chelsea in Gameweek 2.

However, he has since played 266 of a possible 270 minutes over the last three Gameweeks.

Indeed, Saka places fourth among midfielders over Gameweeks 4-6 in the ICT Index, a feature in Fantasy that can help guide the strategies and selections of managers.

Saka managed eight shots inside the penalty area over that period. Only Liverpool pair Mohamed Salah (£12.6m) and Sadio Mane (£11.9m), with 11 apiece, surpassed that total among midfielders.

The Arsenal winger’s statistics also fare well when assessed against Ismaila Sarr (£6.3m), who is the most-bought midfielder in Gameweek 7.

Sarr recorded seven shots in the box, while his total of eight shots was also bettered by Saka's nine.

Said Benrahma (£6.6m) and Raphinha (£6.5m) have also earned more transfers in than Saka ahead of Saturday’s 11:00 BST deadline.

Yet they managed just one and two shots inside the box respectively during the same period.

Saka’s creativity has also proven a major weapon for Mikel Arteta’s side recently.

His seven key passes in the last three Gameweeks were identical to Salah, bettered by only six other midfielders.

Two of those were regarded as big chances created, a total surpassed by only Bruno Fernandes (£11.9m) and Diogo Jota (£7.7m), with three apiece.

Only one of their next seven matches scores more than three in the Fixture Difficulty Ratings (FDR).

Saka can build on his recent momentum and emerge as a major source of value in Fantasy, according to the ICT Index.