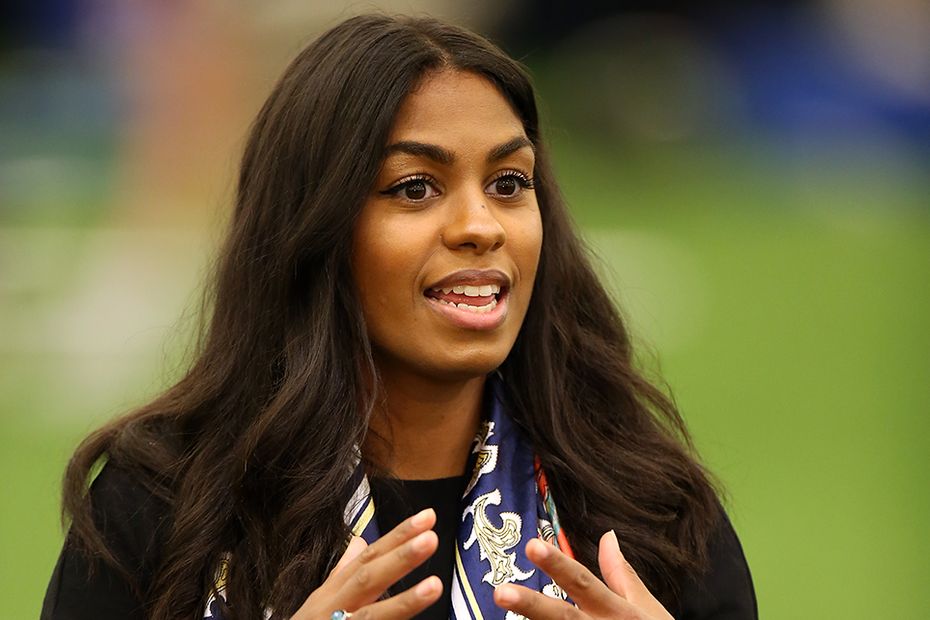 With anticipation building ahead of this autumn's Football Black List, one of last year's winners has described the impact of being part of the event.

Jade Morgan, who has been the general manager of Leicester City Women since 2015, says she got as much joy from being nominated as she did from winning an award at the event which celebrates and recognises role models from the black community in all areas of football.

"It was a Monday morning when I received the call," she says. "I was in shock.

"Within football you don't really see much recognition for work done off the field so, of course, I was thrilled to be recognised. It was personally an exciting moment for me."

The Football Black List is supported again by the Premier League and shines a light on those inspiring the next generation to consider other roles in the sport.

"Not only does the Football Black List recognise and reward achievements, it provides a space to showcase and represent diversity within the industry and to inspire the next generation of leaders in sport," Morgan says.

"The impact of winning and even the creation of the Football Black List awards provides important visibility. You have to see it to believe it."

Black players have made a significant impact on the history of the Premier League on the pitch but a growing number of pioneers are working off the pitch, from the professional level to the grassroots game.

And as well as the importance of the Football Black List on a personal level, Morgan believes the awards have a far-reaching impact in the game and beyond.

"For me and like so many black women who have previously been marginalised, these rewards are refreshing and continues to drive the conversation," she says.

"Unconscious bias is very much prevalent and widespread across all groups of people and their characteristics. There continues to be barriers that must be addressed and tackled across all environments.

"What is encouraging, however, is the increased awareness, social movement and mitigation being done to educate and dispel the negative impact of stereotyping."

And Morgan is determined to show how she has overcome the challenges she has faced to help and inspire the next generation.

"For me, more often than not, I will face unconscious bias because I'm a young, black woman, who is continually forced to play against implicit stereotypes and bias," she says.

"It is extremely disheartening on one hand but on the other it really does drive me to help to alleviate the effects for the young women coming through the ranks."