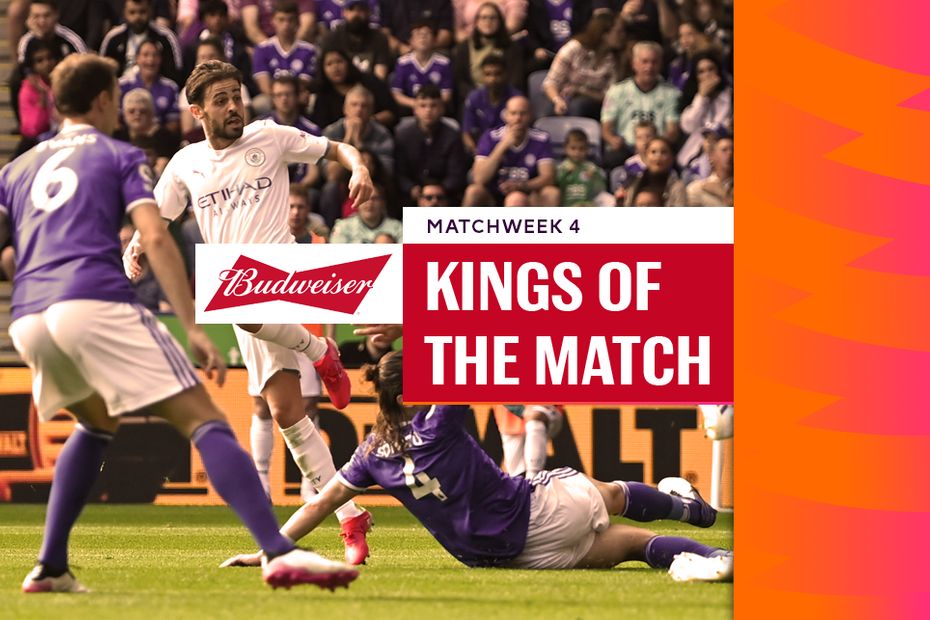 See which players have earned the backing of supporters, including Man City's Bernardo Silva

After the final whistles in Matchweek 4 of 2021/22, thousands of supporters voted to crown their Budweiser Kings of the Match.

See who came out on top in the matches played so far, and click on the match widgets to find out how the voting went.

The Frenchman enjoyed a dream debut, scoring just 28 seconds after coming off the bench and then adding his second. He became only the fourth player in Premier League history to score more than once as a substitute on his debut.

The Arsenal striker scored the decisive goal to secure the Gunners' first win of the season. He has now struck five times in his three meetings with Norwich City.

Leandro Trossard's late winner wasn't enough for him to scoop the award. Instead, Brighton & Hove Albion's goalkeeper took the fans' vote after claiming his second clean sheet of the season.

The Portuguese midfielder scored the winner at King Power Stadium and claimed 44.7 per cent of the vote, more than double the share of any other player.

All eyes were on the Portuguese star on his return to Manchester United and he duly delivered, scoring twice and earning a massive 80.8 per cent of the vote.

West Ham United's left-back put in a solid display to help his side to their first clean sheet of the season, while he completed 88.5 per cent of his passes.

The South Korean forward marked his Premier League debut with a goal to earn over 60 per cent of the vote.

The Chelsea striker marked his return to Stamford Bridge with two goals, scoring at the stadium for the first time. He has found the net at least once in his last six Premier League appearances against Aston Villa.

It was a landmark day for the Liverpool forward, who struck his 100th Premier League goal when he opened the scoring. He was rewarded with almost three-quarters of the vote.

The 25-year-old continued his excellent start for Everton, scoring his third goal in four matches as they came from behind to defeat Burnley.