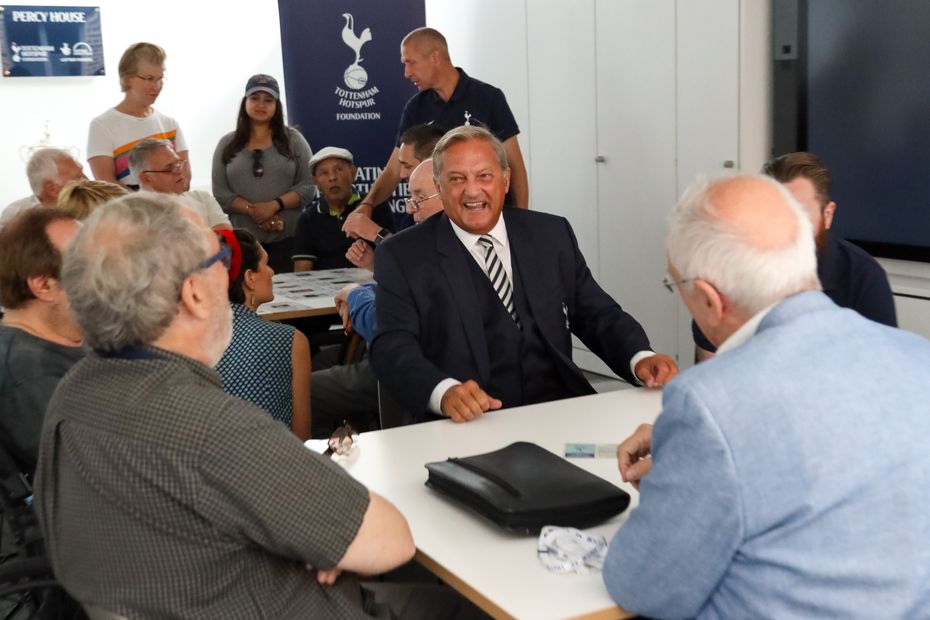 League's membership of Sport United Against Dementia looks to make sure no player, former player or fan faces dementia alone

This September is marked as World Alzheimer's Month to raise awareness of dementia, educate people on the condition and to encourage support of it.

The Premier League and our clubs work all year round to make a difference to those affected by dementia.

Earlier this year, the League joined the Sport United Against Dementia campaign, which the Alzheimer's Society has created to bring together multiple UK sports to tackle dementia and also aims to generate funds and awareness of the condition.

"Sport plays a vital role in the lives of so many and it can help people remain connected through the clubs they know and love," said Premier League Executive Director Bill Bush, who sits on the Sport United Against Dementia board.

"Through our partnership with Sport United Against Dementia, we will build on the existing work carried out by Premier League clubs to increase support for fans and communities and help break down stigma to ensure millions more people access dementia support."

The League is working with the Alzheimer's Society to create dementia-friendly clubs by building awareness of dementia and breaking down stigma. It will enable people affected by the condition to remain part of the game and continue enjoying and supporting the clubs they love.

Premier League clubs run various programmes to support those with dementia in their local communities.

For example, Tottenham Hotspur, Watford and Newcastle United engage and support those with dementia through sporting memories workshops.

"It's fantastic to provide these activities because it helps tackle isolation in older people and helps people living with dementia."@HarryWinks and Gary Mabbutt attend a #SportingMemories session in the local community.#THFC ⚪️ @SportsMemNet pic.twitter.com/nRZXFGgr93

Elsewhere, Aston Villa and Liverpool have also delivered "dementia cafes", which allow people to socialise and find companionship and information in a comfortable environment.

We host our Dementia Café at Villa Park every Monday, 10.30am-12.30pm, for anyone living with dementia to take part in activities, or to just sit and have a chat.

"We know that a love of the game stays with people long after a dementia diagnosis," said Alex Hyde-Smith, Director of Fundraising at the Alzheimer's Society.

"There are already some fantastic examples of clubs becoming dementia inclusive and we hope this partnership will pave the way for more clubs to follow in their footsteps."

With 850,000 people currently living with dementia in the UK, this support from Sport United Against Dementia is more important than ever.

Sport United Against Dementia will raise vital funds towards Alzheimer's Society's support services and will equip clubs with the tools and knowledge to raise further awareness of dementia and of the help available.

The campaign will also fund and support research to improve our understanding of the connections between sport and dementia and to help identify the very earliest signs of dementia and what might increase a persons' risk of developing the condition later in life, bringing hope to future generations.