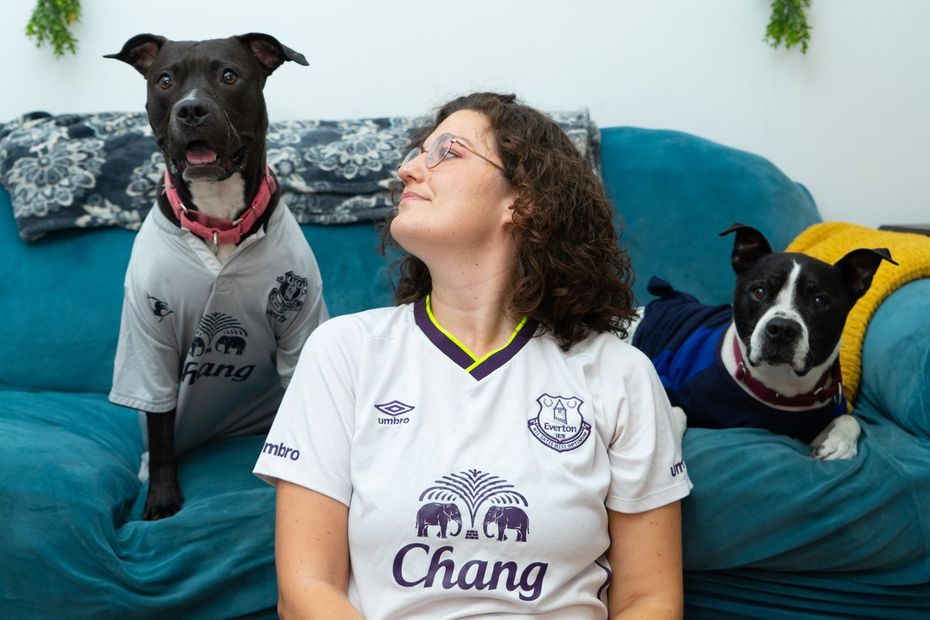 Last season, the Premier League's US Instagram account, @PLinUSA, highlighted the passionate, diverse PL fandom from coast to coast, in the series Premier League passion in the US: Fans' stories.

We continue the new campaign with another tale of Premier League fandom.

Meet Everton fan Amanda, whose dogs are always by her side, whether the Toffees win, lose or draw.

"I remember watching them because Landon Donovan was on loan there, but I think what really got me was Tim Howard, having watched him for my local team, the Metrostars - now the Red Bulls - when he was younger. He’s from New Jersey, too, and he’s an amazing goalkeeper.

“But I fell in love with all the players. Mikel Arteta was in the midfield at that point, and Tim Cahill, who later came to Red Bull. I loved Marouane Fellaini at that time, too, because I am also a tall, slow central midfielder with big hair and rage issues!

"They were one of those teams that overperformed with the resources they had. I think I just really care for the underdog.”

And it's thanks to her beloved dogs, Dora and Odo, that Amanda is up and ready to go for the early morning Premier League games.

​​"If I didn’t have my dogs, I might miss some of the morning games. When they wake me up, I put the coffee on, I take them for a walk, and by the time I get back, usually, I’m home before the first game even kicks off because they love to get me up early.

"I think during games our pets are like, ‘I’m helping, we’re watching TV, this is great!’"

"Dora is my black dog with scars on her face. I got her from @ahsnewark, and a few months later I decided to get another one, Odo, who is my cookies and cream-colored dog.

"Every time I sit on the couch, they’re on either side of me. They don’t have any idea what’s going on obviously, but I think during games our pets are like, ‘I’m helping, we’re watching TV, this is great!’

"And depending on how bad your team is doing, you might need some emotional support. Dora, the younger one, will get involved when I celebrate a goal, but Odo, he’ll get a little scared and go to the other room sometimes.

"I always watch the coverage of the games on NBC, and they always show the #MyPLMorning hashtag, so I was like, ‘You know what, I have all these jerseys. Let me see if I can’t make a ridiculous picture with my dogs.’

"So I did it. it took a lot of patience and treats, and I like to say they get all my time and money so this is how they pay me rent.

"Having pets around in the mornings, it’s just great. They put up with us."