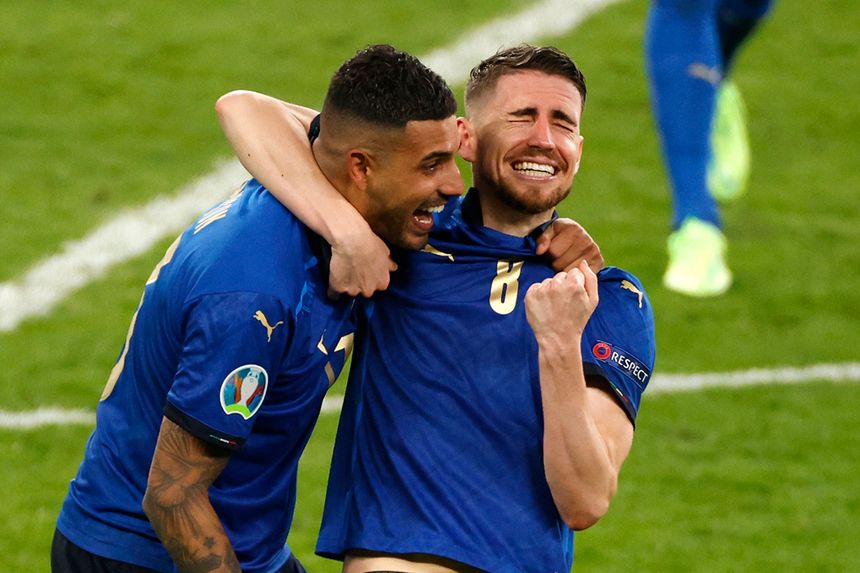 Jorginho and Emerson have become the latest Premier League stars to join an elite group of players from the competition to win the European Championship.

The Chelsea team-mates both started as Italy defeated England 3-2 on penalties at Wembley Stadium. The match had ended 1-1 after extra-time.

The pair followed in the footsteps of 16 other players to win the competition while at a Premier League club, with the first of those triumphing in UEFA Euro 2000.

Congratulations to Jorgi and Emerson, Champions of Europe for both club and country! 👊🔵#ItsAChelseaThing #Euro2020 | #ITA pic.twitter.com/OLzh9bq0qv

Four years later, Greece defied the odds as they stunned hosts Portugal 1-0. Stelios Giannakopoulos, who spent five years at Bolton Wanderers between 2003 and 2008, started for the first-time winners.

Spain overcame Germany in 2008 thanks to a goal from Liverpool striker Fernando Torres, one of five Premier League representatives for Spain, along with club colleagues Xabi Alonso, Alvaro Arbeloa and Pepe Reina, plus Arsenal's Cesc Fabregas.

In 2012, Spain triumphed once more, this time beating Italy 4-0. Manchester City midfielder David Silva headed them in front while Torres scored in his second successive European final and Chelsea's Juan Mata also netted. Reina was again in their squad.

Southampton's Cedric and Jose Fonte were part of the defence that kept a clean sheet against France as Portugal won 1-0 in extra-time in 2016.

While he was not on the winning side on Sunday, England and Manchester United left-back Luke Shaw joined an exclusive group of Premier League players to score in a European Championship final.

He became the first non-Spanish player to achieve the feat, after Torres found the net in both the UEFA Euro 2008 and 2012 finals, while Silva and Mata were also on the scoresheet in the latter.

See: Premier League stars who led the way at Euro 2020