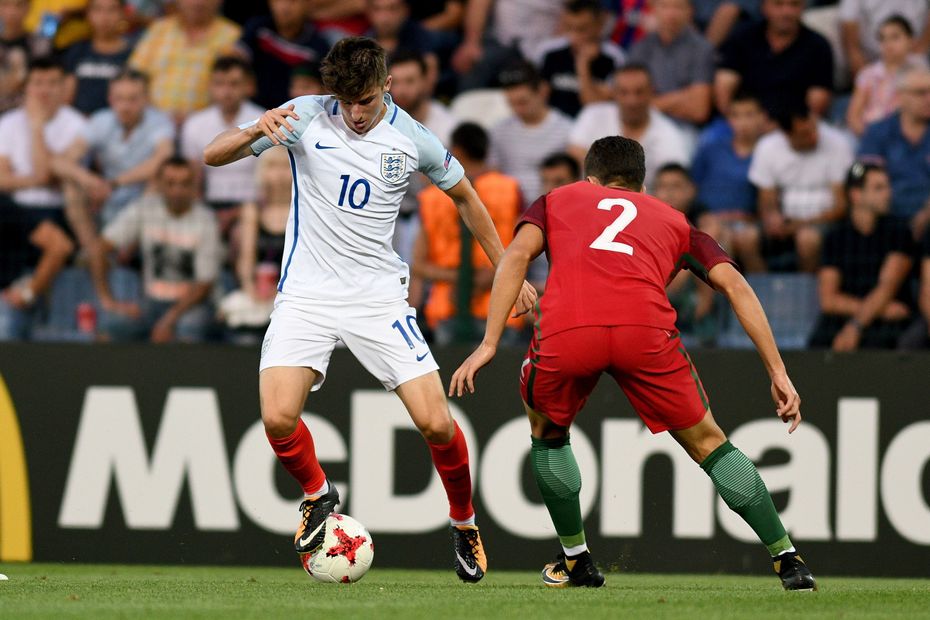 Mason Mount will be able to draw on his experiences of shining on the international stage should he be selected by England in the UEFA Euro 2020 final on Sunday.

The Chelsea midfielder has featured in four of England's six matches in the competition in a run that has taken the Three Lions to their first major final since 1966.

And Mount would be an experienced head for manager Gareth Southgate to call upon against Italy at Wembley Stadium.

In 2017, Mount was named Player of the Tournament as he helped England to win the UEFA Euro Under-19 Championship.

And in an interview in 2019, Mount recalled looked back on that tournament after receiving his Premier League debut ball.

"To win something in an England shirt is obviously something you dream of as a kid," he said.

"I won player of the tournament as well so it was an unbelievable, brilliant tournament for me and to end it with a win was even better."

His journey into the Chelsea and England first teams also included winning the FA Youth Cup and UEFA Youth League, before a successful loan spell at Derby County.

Since making his top-flight debut in 2019, Mount has established himself in Chelsea's first team, helping them to consecutive top-four finishes.

In only two seasons, Mount has made 73 appearances for the Blues, scoring 13 goals and recording 10 assists.

He was also influential in Chelsea's UEFA Champions League final win during May, providing the assist for Kai Havertz’s decisive strike against Manchester City.