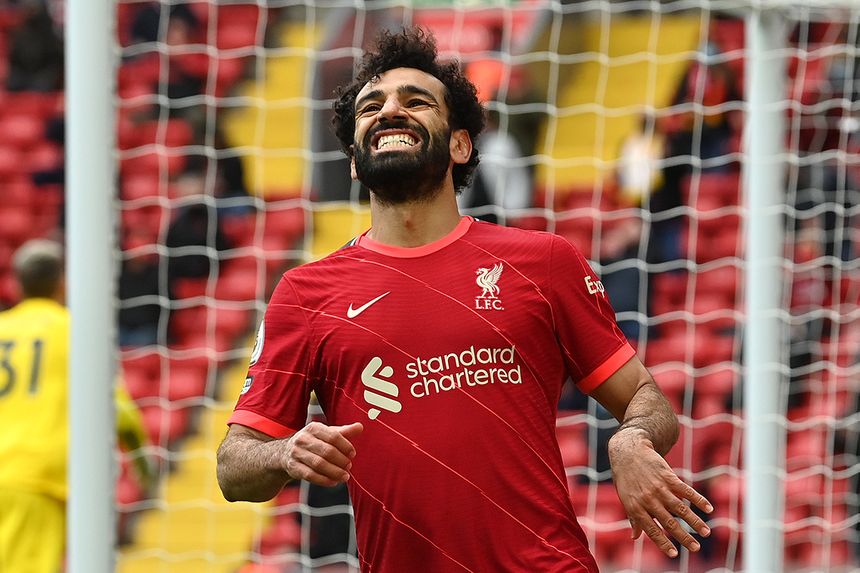 After being captained by nearly two million Fantasy Premier League managers, Mohamed Salah (£12.9m) was only able to claim a six-point return in Liverpool's 2-0 win over Crystal Palace.

The Egyptian supplied an assist and picked up a clean-sheet point on the final day, but it could have been much more. Sala's six shots inside the penalty area were the most in Gameweek 38.

It was the 12th time this season Salah had been the top captain pick, extending his record of being the most-popular armband choice for a third successive campaign.

Salah was made captain of a total of 41,593,228 teams selected throughout the 38 Gameweeks, also a season high.

More than 1.1m managers were left disappointed when Fernandes was left out of the Manchester United squad for their trip to Wolverhampton Wanderers, the first match the Portuguese has missed this season.

But Harry Kane (£11.9m) delighted the +1million who made him captain with his ninth double-figure haul this term as Tottenham Hotspur beat Leicester City 4-2 at King Power Stadium.

The Spurs forward added an assist and a bonus point to his 23rd goal of the campaign as he collected the Premier League Golden Boot for a third time and also claimed the Playmaker of the Season award.

Firmino assisted Mane's opener while Bamford scored after coming on at half-time in Leeds United's 3-1 victory over West Bromwich Albion.

Bamford was the top transfer target for managers going into the last round of matches, with 315,000 selecting the forward, ahead of 271,000 for Salah.

More than 339,000 people who sold Fernandes felt vindicated by his absence, but the Man Utd star ended the season as the most-selected player, sitting in more than four million teams.

The 336,000 managers who shipped out Dominic Calvert-Lewin (£7.5m) for Everton's trip to Manchester City saw the forward blank in the 5-0 defeat by the champions.

The third-most sold player, Joao Cancelo (£5.8m), played no part in the match after his sending-off in Gameweek 37.