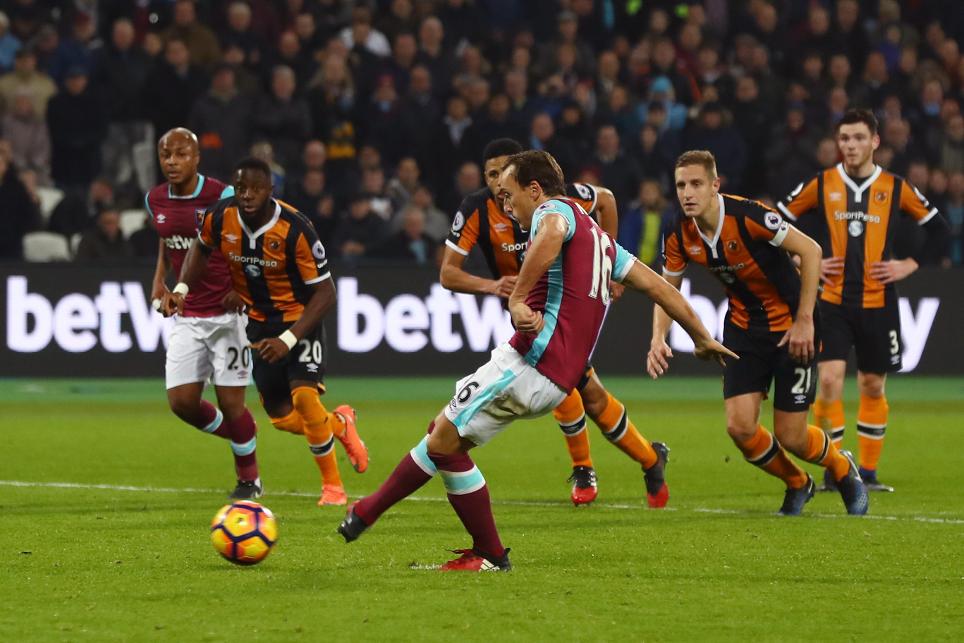 The West Ham captain followed up Wednesday’s spot-kick against Burnley by sending David Marshall the wrong way from the spot after Tom Huddlestone had fouled Michail Antonio.

Hull will feel unlucky to have left with no points after hitting the woodwork three times through Dieumerci Mbokani, Noble, on his own goal, and Andrew Robertson.

Harry Maguire also had an effort cleared off the line by Edimilson Fernandes while Robert Snodgrass drove just over as the defeat put Hull at the bottom of the table.