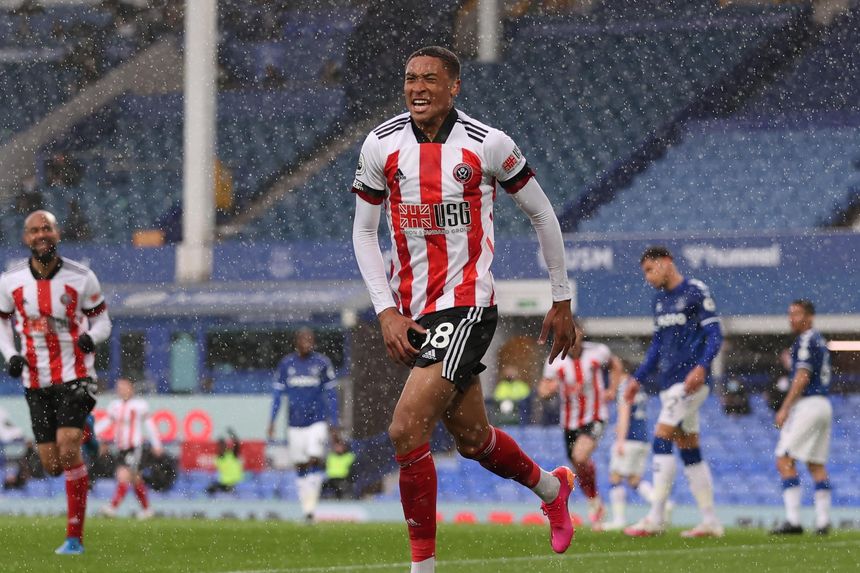 It is always a special moment to make your full Premier League debut, and Sheffield United's Daniel Jebbison also wrote his name into the record books with his winning goal at Everton.

For more on this and other must-know facts from the 36th round of matches, read below. To see the reports and key data, click on the results.

Manchester City goalkeeper Scott Carson made his first Premier League appearance since May 2011 for West Bromwich Albion, a gap of nine years and 357 days. It is the sixth-longest gap between appearances in Premier League history, and the longest ever for a goalkeeper.

Leeds United have scored 13 Premier League goals from outside the box this season, more than any other side.

Che Adams' nine goals this season are the most scored in a Premier League campaign by a Scottish player since Steven Fletcher's 11 in 2012/13.

West Ham United have faced Brighton & Albion more often without ever winning than they have any other opponent in the Premier League, after eight unsuccessful attempts (D5 L3).

At 21 years and 257 days old, Tyrick Mitchell became Crystal Palace's youngest PL goalscorer since Clinton Morrison in 1998, and the youngest to get a goal and an assist in a PL match for the club since George Ndah in January 1995.

Pierre-Emile Hojbjerg both scored and assisted in a PL match for the first time, in his 145th appearance in the competition. He is the third Dane to score and assist in a PL match for Spurs after Christian Eriksen, who did so (nine times, and Allan Nielsen.

Since Liverpool were founded in 1892, Alisson is the first goalkeeper ever to score a competitive goal for the club.

Aged 17 years and 309 days, Jebbison became the youngest player to score on his first Premier League start, overtaking Danny Cadamarteri's record set for Everton against Barnsley in September 1997, also at Goodison Park, when he was 17 years and 343 days old.