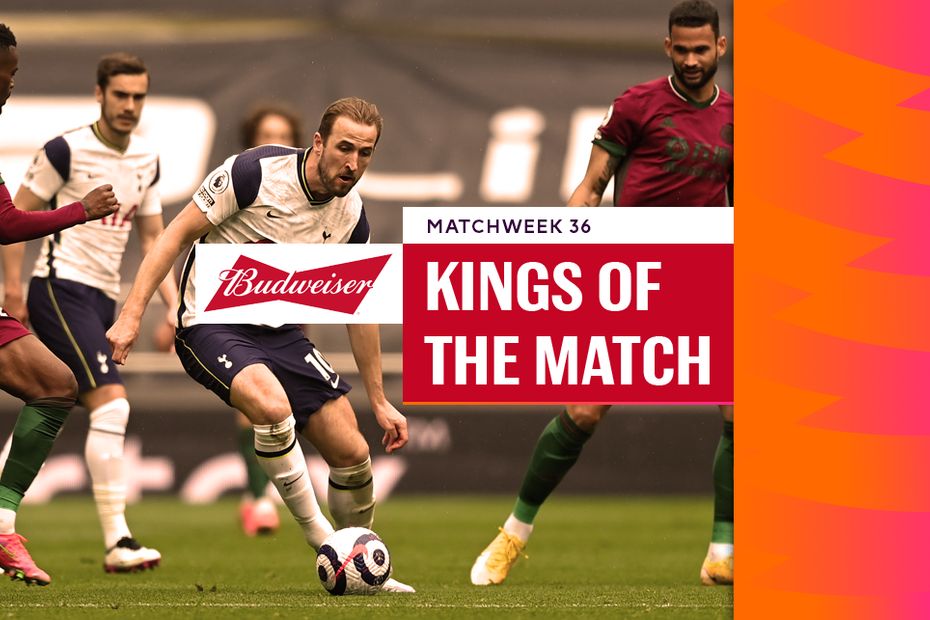 See which players have earned the backing of supporters, including Tottenham Hotspur striker Harry Kane

Supporters voted in their thousands to crown their Budweiser Kings of the Match in Matchweek 36.

The winger scored a hat-trick as Manchester City edged past Newcastle United in an end-to-end match.

After reacting quickly to score with an improvised flick, the Leeds United midfielder set up both of Rodrigo's goals.

Southampton's captain impressed again and provided the assist for the opening goal scored by Che Adams.

Lingard looked threatening for the Hammers, providing two key passes and having three successful dribbles as his side fought back to earn a point.

The 21-year-old left-back set up Crystal Palace's first goal and then scored the winner, netting for the first time in the Premier League.

The striker scored his 22nd Premier League goal of the season to boost Tottenham Hotspur's top-six hopes, while also hitting the post twice.

Liverpool's No 1 scored a sensational headed winner at the death, becoming only the sixth goalkeeper to score in the Premier League. He took nearly two-thirds of the vote.

Sheffield United's 17-year-old striker made history as he became the youngest player ever to score on their full PL debut.