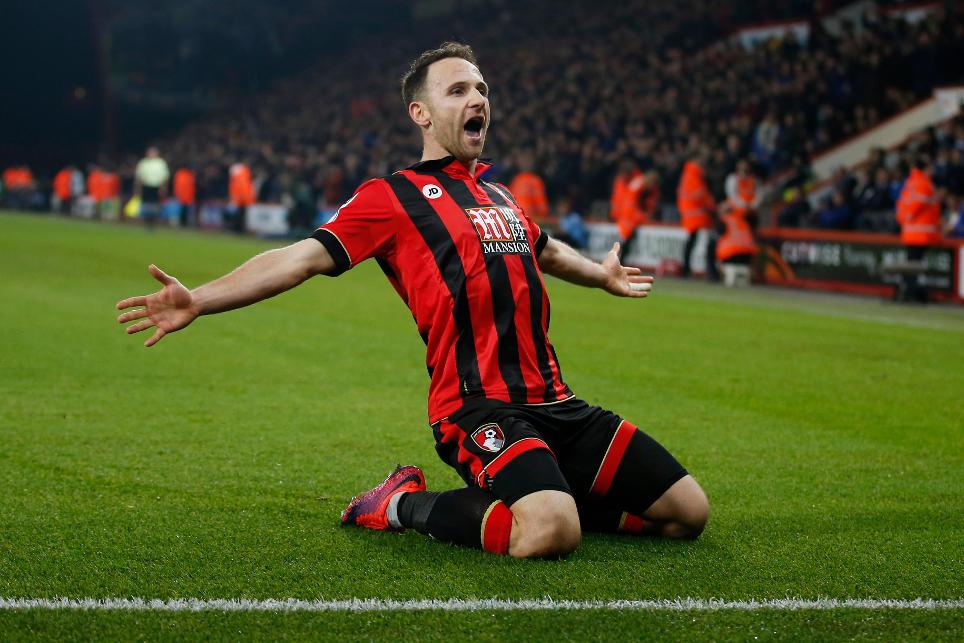 The midfielder opened his account for the season with a sweetly-struck volley from Benik Afobe's rebounded effort and his goal was the difference as Leicester could not make the most of their second-half chances.

Leicester threatened to take an early lead when Jamie Vardy had a shot cleared off the line but AFC Bournemouth led at the break thanks to Pugh's first goal since April.

The Foxes twice went close through Robert Huth before Leonardo Ulloa's shot was spectacularly saved by Artur Boruc in stoppage time, as the Cherries held on to move into the top half of the table.

Leicester, meanwhile, have one point from their first eight away matches of the season - the lowest total by a defending top-flight champion.