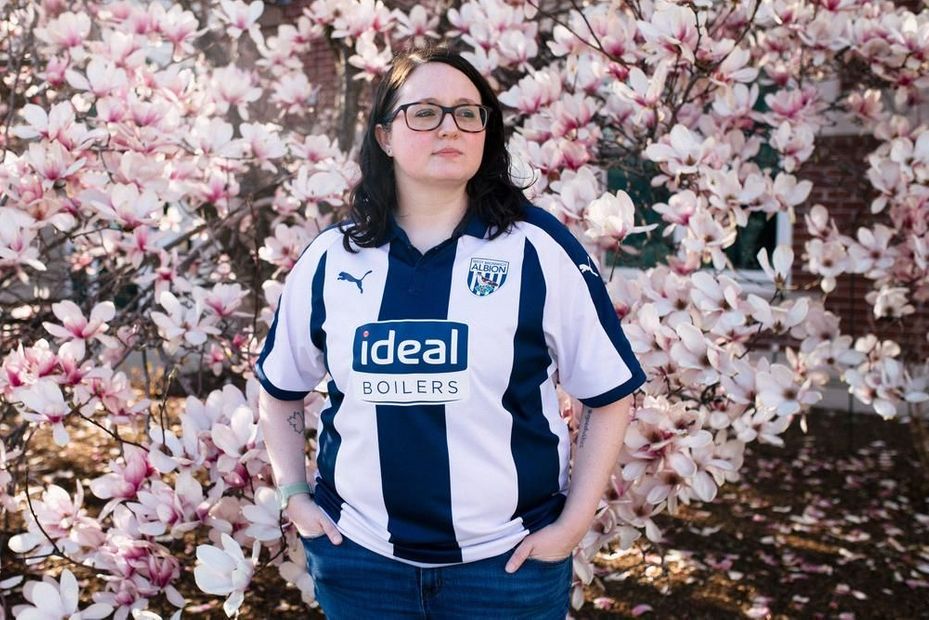 Meet Shannon, a Massachusetts lawyer whose extended family and history with the Red Sox led to her finding West Bromwich Albion, her PL team and community for life.

"Growing up in Boston, it's a big sports city. I grew up watching baseball and the Red Sox were constantly breaking my heart as a kid, getting just there, but not quite enough.

"Picking an underdog as opposed to one of the bigger teams was key to me. When I was trying to choose who to support, I like following teams through highs and lows, and it gives you a real good reason to root for them every time, because you really don't know how it's going to turn out.

"About six years ago, I moved to a new town after law school, and a friend of mine was looking for someone to play on his co-ed team. I said I’d play as long as it didn’t matter that I have really never played soccer before, and they said, 'Nope, we need some women to play. Come join us.'

"So I did, and then I started watching some soccer in hope that I could kind of figure out where I'm supposed to be on the field.

"I started watching whichever Premier League games were on TV in the morning, and slowly but surely I started thinking West Brom were going to be my team.

"One of the big things was that my grandmother’s family was from Northern Ireland, and they had a lot of Northern Irish players on the team at that point. So I said, 'Why not?'

"It’s opened me up to a whole new group of friends who are my age and who live close to me, which was nice because I didn't know anyone when I moved towns.

"Getting to know the West Brom fans on Twitter since COVID has been so great, too, because I mostly watched by myself at 7:30 in the morning in my apartment trying not to wake anyone up.

"During COVID, I’ve been more active on Twitter and I actually realized there are West Brom fans who don’t live all that far away. I’m hoping that after COVID we'll be able to get together and watch these games in person.

"It's kind of funny when you wear a West Brom shirt and people are like, 'Wait, which team is that for?' You tell them and they're like, 'Oh..' Because it's not a top-six team, they're not really paying attention to it, but the people who do support them here are very, very loyal and very, very cool."