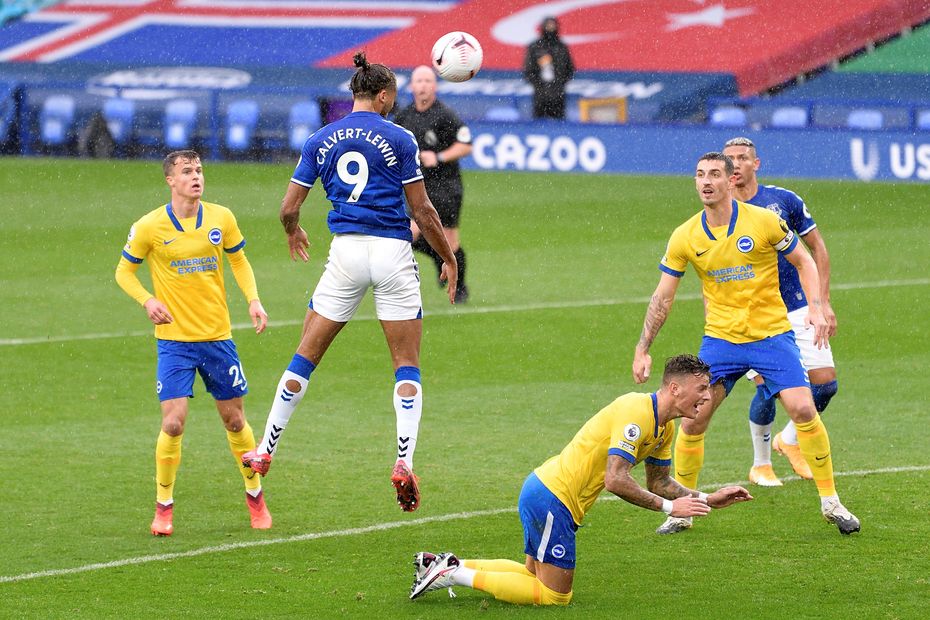 Adam Webster and Dan Burn have returned to training for Brighton & Hove Albion, while Aaron Connolly could be back. Graham Potter also confirmed that striker Florin Andone will build his fitness with the U23s.

Everton's Allan and Alex Iwobi are fit to return, but Jordan Pickford (abdominal) and Andre Gomes (hamstring) are ruled out. Abdoulaye Doucoure (foot), Fabian Delph and Bernard are both sidelined.

Brighton & Hove Albion are unbeaten in all three of their Premier League home matches against Everton (W2 D1).

Danny Welbeck has been involved in eight PL goals against Everton, more than he has versus any other side, after four strikes and four assists. His four goals against them have come with three different clubs - Sunderland, Manchester United and Arsenal.

Everton have scored a league-high 12 headed PL goals this season, while Brighton have conceded the highest proportion of headed goals in the competition this term, with 24 per cent (nine goals out of 38).

Only Dominic Calvert-Lewin (14 goals) has been involved in more PL goals for Everton this season than James Rodriguez, who has a total of 10 after six strikes and four assists.