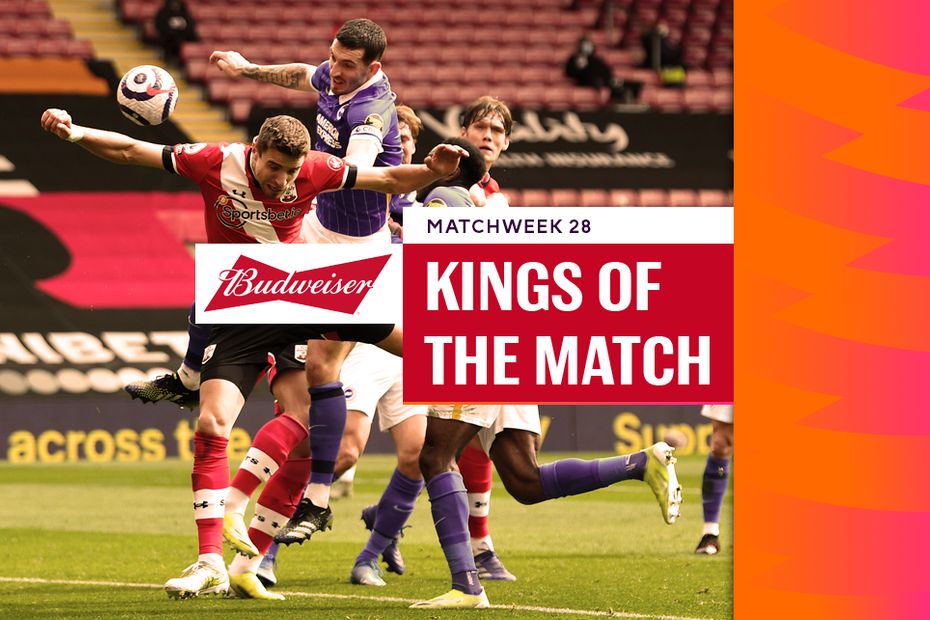 See which players earned the backing of supporters, including Brighton's Lewis Dunk

Supporters voted in their thousands to crown their Budweiser Kings of the Match in Matchweek 28.

The Aston Villa striker's header forced the own goal which gave his side the lead in their draw at Newcastle United.

The Crystal Palace goalkeeper took 44.5 per cent of the vote after helping his side to a first win in four matches.

The Everton striker was his side's main goal threat and netted his 14th PL goal of the season.

Stones claimed over half of the vote after scoring his fourth PL goal of 2020/21 for Manchester City, and contributing to a clean sheet.

Heading in Brighton & Hove Albion's opening goal, he also produced a dominant defensive display in a vital victory in the relegation battle.

The Leicester City forward took the honours with 62.5 per cent of the vote after scoring his first PL hat-trick.

The Arsenal midfielder started the turnaround with his first PL goal as the Gunners came from behind to win the north London derby.

The Liverpool forward returned to his former club Wolverhampton Wanderers for the first time and scored the only goal.