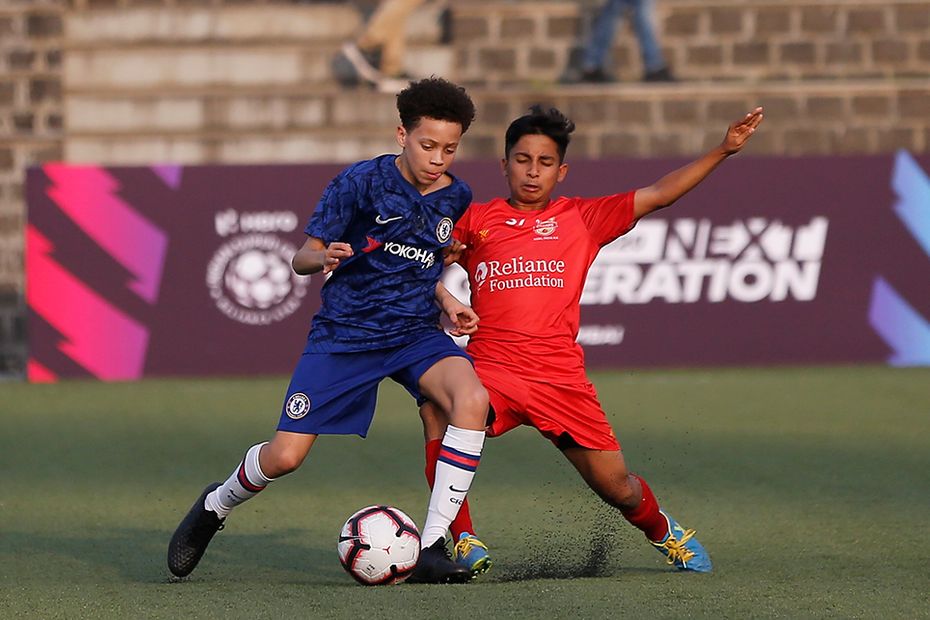 Last week the Premier League and Hero Indian Super League (ISL) underlined their continued commitment to developing grassroots and youth football in India at the 2021 Next Generation event, with Alan Shearer among those speaking about the growth of the game there.

"We're well aware of how big the Premier League is around the world, and that's one of the things I found when we were in Mumbai last year, the thirst for football," the PL's all-time top goalscorer told @PLforIndia, a year after visiting India for the 2020 NextGen Cup, which was replaced by a virtual event this year.

"I understand that cricket is huge in India and will probably never be overtaken, but football over there is growing and getting bigger by the week, and it's great to see the rise. We all want to see that continue. The standard is without a doubt getting better."

“The people are so friendly in 🇮🇳. The reception I got when I landed till the time I left was incredible” ⁣
⁣#PL legend @alanshearer on his past visit to India ❤️ pic.twitter.com/VNg32qzAO8

"What I have noticed is that the standard of football is getting better in 🇮🇳 and it will continue to get better" #PL legend @alanshearer on the growth of football in India.. pic.twitter.com/1nlkYTdoWb

As part of a Mutual Cooperation Agreement between the two leagues, experts from the Premier League and elite clubs in England share knowledge with their Indian counterparts, while some of India's brightest young talents from the Reliance Foundation Young Champs Academy (RFYC) and ISL clubs get to compete with equivalent age-group teams from PL Academies on an annual basis in the NextGen Cup.

The Premier League also continues to partner with the British Council to deliver Premier Skills, which uses the power of football to engage young people, coaches and referees worldwide, to more than 6,000 coaches in India.

Richard Garlick, the Premier League's Director of Football, said: "Like here in the United Kingdom, sport is at the centre of India's culture and identity.

"For more than a decade now we've worked collaboratively with the Hero Indian Super League and the All India Football Federation to support the growth of football in India. This work has been helped by Star Sports, our longstanding and dedicated broadcast partner.

"I was lucky enough to be in Mumbai two years ago for the NextGen event. While there I had the chance to witness both highly competitive matches and an invaluable experience for the PL and Indian youth sides taking part. That work, both on and off the pitch, is extremely important in supporting the holistic development of players."

"We have worked collaboratively with the @IndSuperLeague and @IndianFootball to support the growth of football in India."

While the 2021 Next Generation event took place virtually, those who have benefited from past events are reaping the rewards.

Seven youngsters who made RFYC's first visit to the United Kingdom in 2016 have been offered professional contracts by ISL clubs in India as they pursue the dream they first glimpsed when they played against PL sides five years ago.

"When we went to England in the first year we played against Arsenal, Manchester City, Southampton and a few other teams," says Ayush Chhikara, pictured below left, who was part of the RFYC team in 2016 and was last year offered a professional contract with ISL team Mumbai City FC.

"To see that level at such a young age, I don't think any other Indian youngster has got this chance like us. We were very fortunate that we experienced it."

Koustav Dutta, a youngster from West Bengal, pictured below right, has followed the same path as Ayush and been offered a contract by Hyderabad FC.

He said: "It was the first time that I played against any foreign clubs, so it was a very good experience and a learning moment for me, to see how other foreign clubs and teams play and their playing style.

"Off the field we also got to learn a lot of things - how they keep themselves fit physically and mentally. We visited many clubs to see their structure and their facilities and how they take their young talents to the top level."