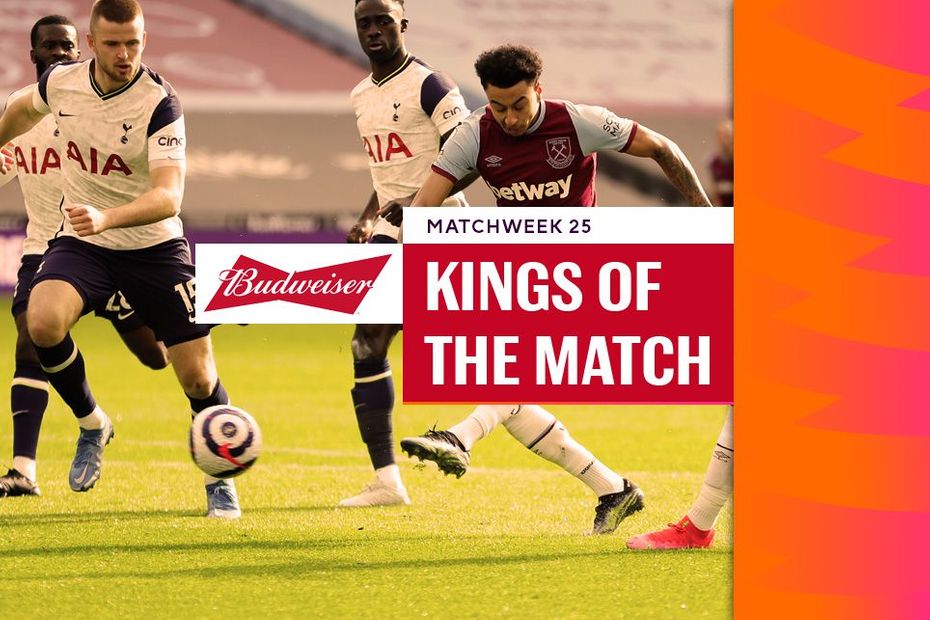 See which players earned the backing of supporters, including West Ham's Jesse Lingard

Supporters have voted in their thousands to crown their Budweiser Kings of the Match in Matchweek 25.

The Leeds United winger produced a number of terrific set-piece deliveries but ended up on the losing side.

The midfielder was Chelsea's most creative player and secured a point by winning and converting a second-half penalty.

The Brazilian scored the opening goal and then played in Dominic Calvert-Lewin as Everton won their late penalty, securing a first Premier League win at Anfield since 1999.

His powerful strike was enough to earn Fulham three vital points in a key duel between two relegation rivals.

It was another impressive display from the midfielder, who netted his third goal in four matches for West Ham United.

A goal and an assist ensured the winger took the vote ahead of his team-mate and fellow goalscorer James Maddison.

The Manchester City defender topped the poll after his commanding display against Arsenal.

Manchester United's playmaker scored his 15th Premier League goal of the season when he converted from the penalty spot.

Mateta scored his first Crystal Palace goal in some style, meeting a low cross with a backheeled finish.

The Leeds United forward opened the scoring with an accurate low strike to claim his 13th Premier League goal of the season.