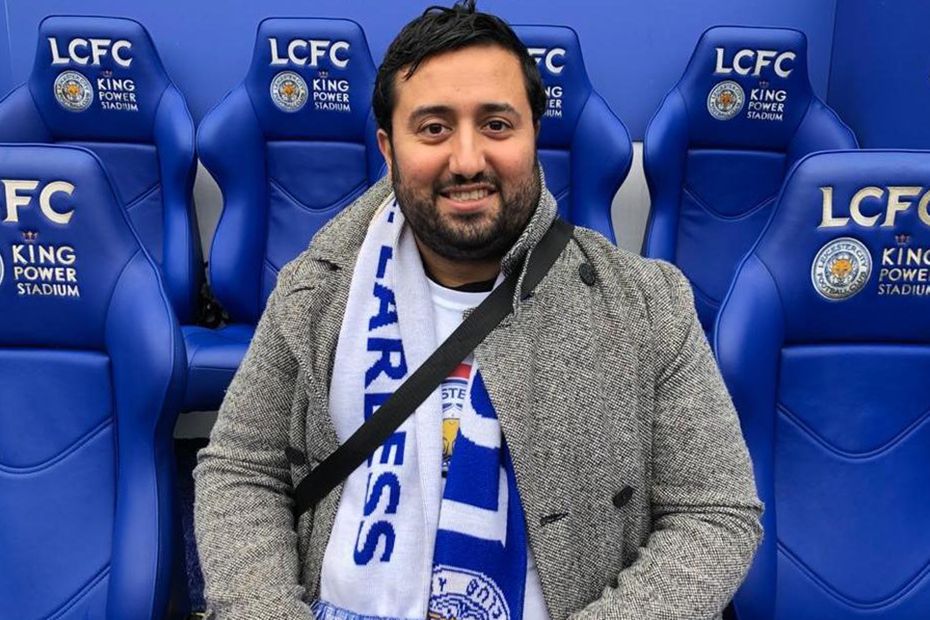 Rishi Madlani has been a member of Foxes Pride, Leicester City's LGBT+ fan group, since it began in 2015.

Over the last six years, the group have worked hard to promote the welfare of LGBT+ supporters and have formed a strong partnership with Leicester City and its players during that time

"We've managed to do some amazing work with the club over the past few seasons and I know I speak on behalf of the group when I say we're truly grateful for the support we've received from everyone at LCFC - they’ve been first class," Rishi told the club's official website.

"There's something really powerful about these sorts of campaigns, be it Football v Homophobia, Rainbow Laces or Kick it Out.

"I can't stress how much it meant to us as Foxes Pride members seeing the first-team squad holding the Football v Homophobia flag up during last season's campaign.

"It shows they really value us and that they would welcome us just as much as they would any other fan, because at the end of the day, Foxes Pride members are just like any other LCFC supporter. We're all mad about Leicester City."

Liam Dolan-Barr, who is the HR director at Leicester City, came out to his family when he was 30 years old and has stressed the importance that football plays in educating the wider community about inclusion and acceptance.

"Bringing everyone together to support the game and to show that everyone is welcome and included no matter your background is such an important message," he told the club's official website.

"I'm so proud of the club for doing the things they do to raise awareness of campaigns.

"There is still a long way to go but little by little we're showing people that it's OK to be you and that life goes on and that there are people around you who you can hopefully aspire to and take some comfort from to give you that sense of protection and support."

Part 1: Rainbow Blades connecting fans during pandemic
Part 2: Become an LGBT ally with PL Primary Stars
Part 3: 'With Fulham I'm never afraid to be who I am'
Part 4: 'Proud Baggies are more important than ever'
Part 6: 'Pride of Irons is just like a family'
Part 7: 'Pre-match socials have given me mental strength'