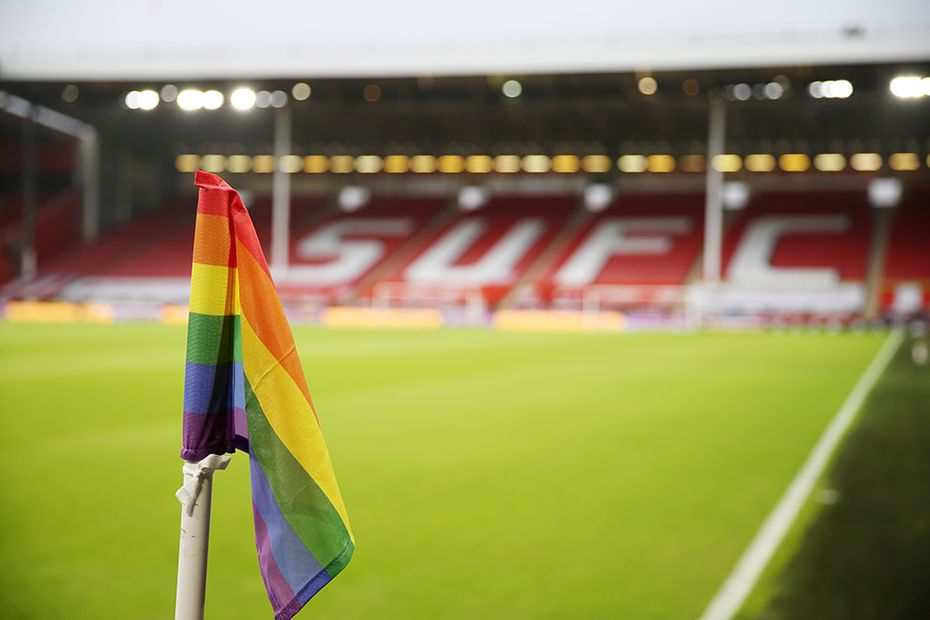 Cahill: Everyone should be accepted for who they are
'We want LGBT+ inclusion woven in the fabric of football'
Stonewall partnership reinforces PL commitment to equality

Rainbow Blades, the first official LGBT+ fans' group of Sheffield United, is almost 12 months old and during the COVID-19 pandemic it has played an important role in helping fans to feel connected.

With supporters unable to meet up in person before matches, Rainbow Blades has held online pre-match socials to unite them virtually.

"The socials remain a real highlight for Rainbow Blades and one of our big success stories from our first year," says the group's founder James Laley. "They have gone from strength to strength.

"We welcome returning members week in, week out. They find our safe, inclusive space a great place to chat with other like-minded fans, have a laugh and fill that void that the pandemic has left in football.

"We know people are struggling with lockdown and missing the family community feel of a matchday. Out of all the things we have achieved during our first year I would say the most important is keeping that connection between our members going."

Rainbow Blades now has more than 200 members and has formed close links with LGBT+ supporters' groups from other clubs.

One such group is Pride of Irons from West Ham United, with whom they will again be meeting up online ahead of Monday night's Premier League contest.

"It's extremely important we support each other, share best practice and work collaboratively on projects," Laley says.

"The socials give us an opportunity to talk about our journeys and share what has and has not worked. Some groups have been going for five years and some, like ourselves, are just coming up to their first birthday.

"There are over 50 LGBT+ and allies supporters groups up and down the country and every one of them stands for the same thing: football for everyone. So why shouldn't we be working together? It makes complete sense."

Part 2: Become an LGBT ally with PL Primary Stars
Part 3: 'With Fulham I'm never afraid to be who I am'
Part 4: 'Proud Baggies are more important than ever'
Part 5: 'We feel like we are valued by Leicester'
Part 6: 'Pride of Irons is just like a family'
Part 7: 'Pre-match socials have given me mental strength'