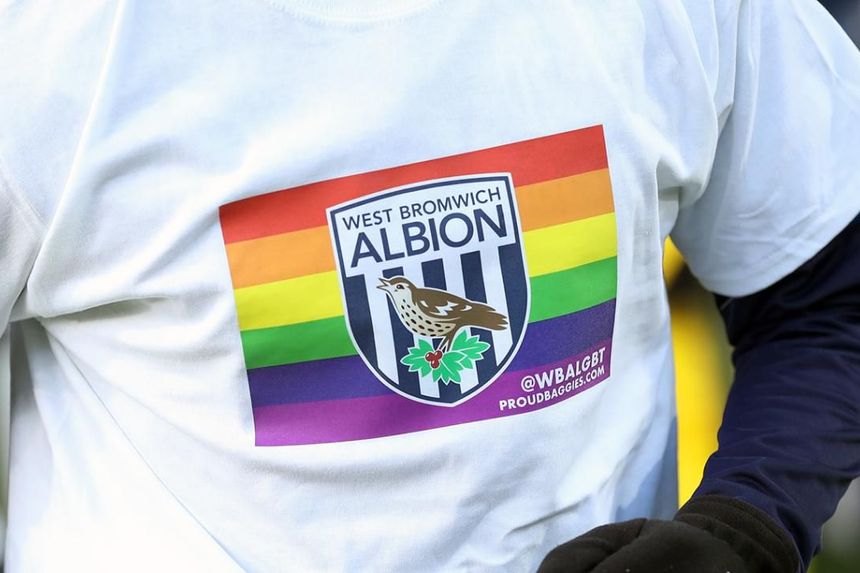 For the second year in a row, Proud Baggies, the LGBT+ supporters' group for West Bromwich Albion fans launched in 2017, have been named the best fan group at the Football v Homophobia awards.

Proud Baggies founder Piero Zizzi says the COVID-19 pandemic has underlined the group's importance and impact in maintaining connections during these difficult times.

"It is an absolute honour to win this for the second consecutive year," Zizzi said.

"Now more than ever LGBTQ+ supporters' groups are vitally important with the increased isolation and loneliness.

"We have found more in the last year we are not just having an impact on our members’ matchday experiences but also on their everyday lives, their health and their wellbeing."

🏆🏳️‍🌈 We are delighted to be awarded winners of the ‘Fan Group’ category at the @FvHtweets Awards for the 2nd consecutive year.

Thank you to all of our team, our members, everyone at @WBA & @WBAFoundation.

Co-founder Neil Basterfield has said the Proud Baggies' aims and values are shared by many.

"We do get a lot of comments that are meant to be helpful around, 'We're all the same, we don't need groups like this. It's divisive,' etc," he said.

"Most of the LGBTQ+ people we speak to absolutely value the idea and the work we do and it is about inclusivity. It is about feeling a part of something.

"We are a part of the big football family."

Part 1: Rainbow Blades connecting fans during pandemic
Part 2: Become an LGBT ally with PL Primary Stars
Part 3: 'With Fulham I'm never afraid to be who I am'
Part 5: 'We feel like we are valued by Leicester'
Part 6: 'Pride of Irons is just like a family'
Part 7: 'Pre-match socials have given me mental strength'