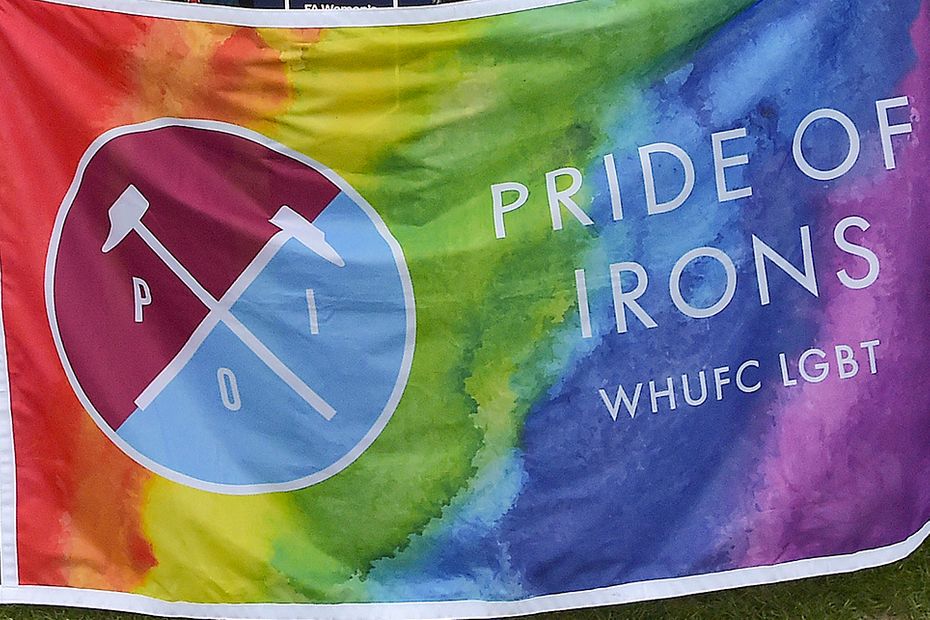 For the last six years, Pride of Irons, the official West Ham United LGBT+ supporters' group, has been giving a voice to LGBT+ fans, their friends and families.

But it is much more than that to its members, who value the inclusive sense of community it has created, especially the regular online calls and virtual Friday night parties during the coronavirus pandemic.

"It's so much more than a social group - it's about support as well," Pride of Irons co-chair Jo Bailey told the club's official website.

"During the very first part of lockdown back in March, we decided to hold a party over Zoom. It didn't go well, with the wi-fi delay and people trying to dance along!

"People even come along and have their dinner in front of us because they're just part of the family."

The campaigning work of Pride of Irons, and other LGBT+ fans groups across the Premier League, has given members the confidence to confront inappropriate behaviour.

"We had one long row of Pride of Irons fans at this one away game, and we heard some stuff from some fans behind us – stuff we didn’t like, but have heard for years and years and have never faced up to," said Pride of Irons member Kez Harwood.

"On this particular occasion, we all called it out - together. It was such an amazing moment and it's given me such power since then."

With Pride of Irons this week celebrating its sixth birthday, West Ham first-team players have donated their Rainbow Laces armbands which will be auctioned for charity.

All proceeds will go to akt, an organisation committed to supporting LGBTQ+ people aged 16-25 facing or experiencing homelessness or living in a hostile environment.

You can enter the raffle by buying tickets from the West Ham website.

"It's a really worthy cause, so thank you very much to West Ham United and the players for donating the armbands to us - it means so much, it really does – and thank you for your support," Bailey said.

Part 1: Rainbow Blades connecting fans during pandemic
Part 2: Become an LGBT ally with PL Primary Stars
Part 3: 'With Fulham I'm never afraid to be who I am'
Part 4: 'Proud Baggies are more important than ever'
Part 5: 'We feel like we are valued by Leicester'
Part 7: 'Pre-match socials have given me mental strength'