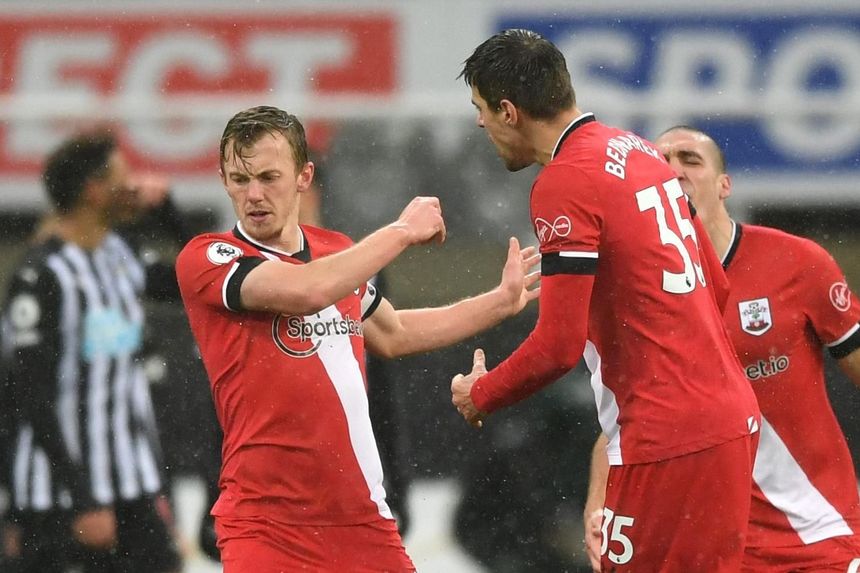 Southampton midfielder has a chance of emulating David Beckham, plus other key stats from the weekend

James Ward-Prowse may have been on the losing side in Saturday's 3-2 thriller at Newcastle United, but the Southampton captain took another step towards a place in the Premier League record books.

Indeed, he moved within range of the record for the most free-kick goals scored in a single season.

For more on this and all the must-know facts from the 23rd round of fixtures, read below. To see the reports and key data for the matches, click on the results.

Aston Villa have won 10 of their 11 Premier League matches this season when they have scored the first goal.

Brighton & Hove Albion are unbeaten in five PL matches (W3 D2), their joint-longest run in the competition alongside their undefeated sequence in March 2018.

James Ward-Prowse has scored four direct free-kick PL goals this season, only one behind the record in a single campaign jointly held by David Beckham (2000/01) and Laurent Robert (2001/02).

West Ham United's total of 39 points after 23 matches has already equalled their tally from the whole of last season.

This was just the fourth time Manchester United had led a PL home match by at least two goals and not won, with Everton responsible for the last two occasions, after also fighting back to draw 4-4 in April 2012.

Harry Kane has scored 208 goals in 317 appearances in all competitions for Tottenham Hotspur, making him the joint-second highest scorer in the club’s history alongside Bobby Smith, who reached the same tally in the same number of matches.

No PL team have earned more away points this season than Leicester City, with 27, level with Man Utd.

Manchester City’s Raheem Sterling is only the third player to score 100 goals in all competitions under Pep Guardiola, after Lionel Messi (211) and Sergio Aguero (120).

Patrick Bamford became the first player to score in three PL matches in a season against teams he previously played for in the competition (two times v Crystal Palace and once v Burnley) since Romelu Lukaku in 2017/18 (v Everton, West Bromwich Albion and Chelsea for Man Utd).