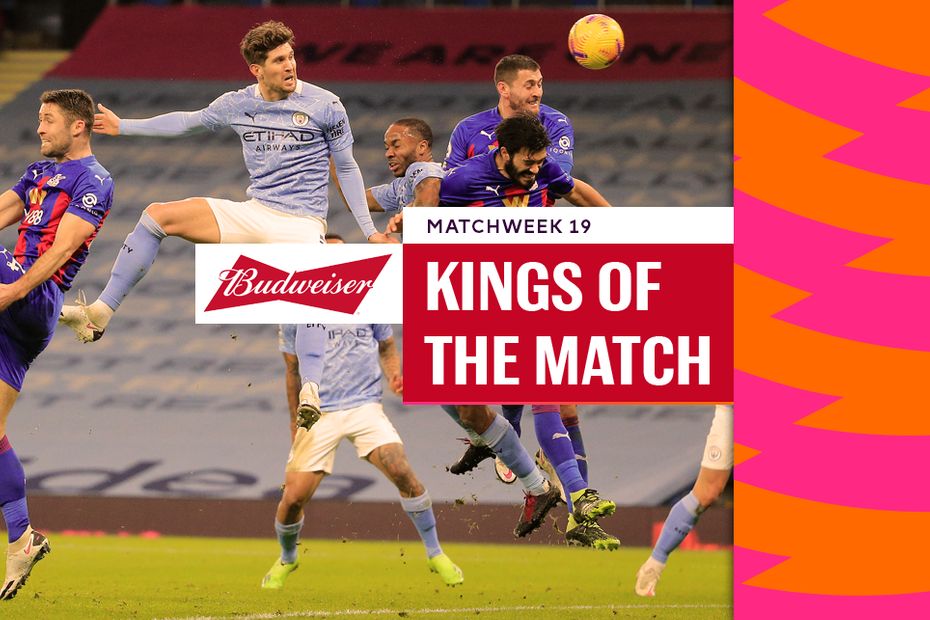 See which players earned the backing of supporters, including Man City's John Stones

Mount: The most important thing is to show character External Link
What we learned in Matchweek 19
Best photos of Matchweek 19

Supporters have voted in their thousands to crown their Budweiser Kings of the Match in Matchweek 19.

Shortly after the final whistles, fans across the world chose their top performers via the official Premier League website and app, and here's who came out on top in Saturday, Sunday and Monday's matches.

The Frenchman's seventh goal of the season was decisive against Leeds United and earned him 41.7 per cent of the vote.

Antonio was named in a Premier League starting line-up for the first time since November and hit the winner, scoring his 10th goal in his last 12 starts in the competition.

The midfielder's second Premier League goal of the season secured Chelsea's first win in four matches and earned him 60.9 per cent of the vote.

Another solid display in defence helped his side keep a clean sheet in their win over Southampton.

A sublime strike, his 12th Premier League goal this season, earned him the accolade with more than two-thirds of the vote.

More than half of the votes went to Stones, who scored his first two Premier League goals for Manchester City while also playing his part in a fourth clean sheet in five matches.

The striker scored twice in a match for the first time this season, inspiring Arsenal's fourth straight win.