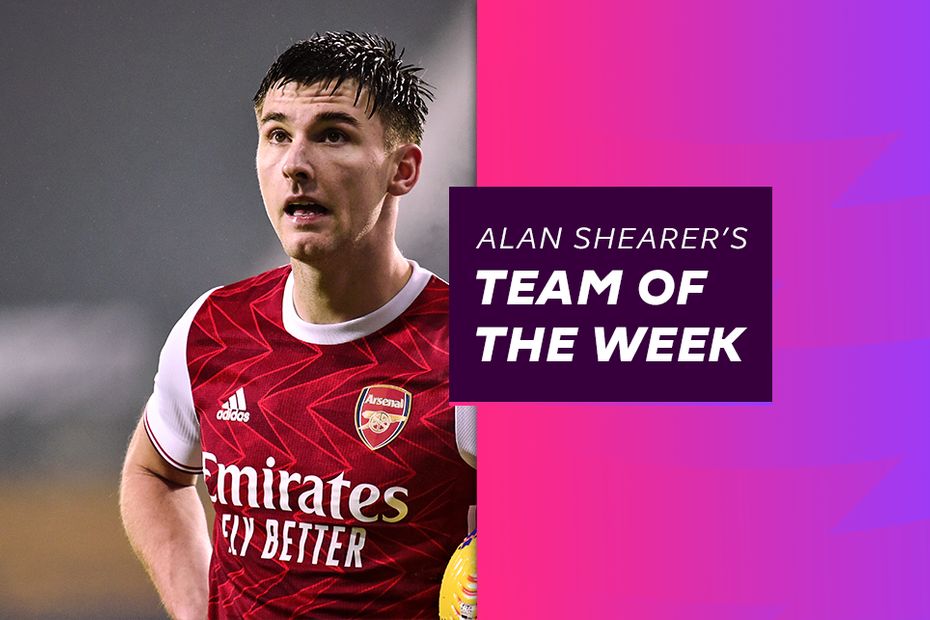 Alan Shearer's Team of the Season so far
Howe: Klopp and Hasenhuttl improve players
Shearer: Man City at their best against Chelsea

It may have been a cold, snowy day at The Hawthorns on Saturday but Arsenal were on red-hot form in their 4-0 win over West Bromwich Albion.

Alan Shearer was so impressed that he has named three Gunners players in a four-man midfield for his Team of the Week.

The Premier League's all-time leading goalscorer has reserved special for Kieran Tierney, who scored one goal and set up another from left-back.

"He made several good saves as Manchester United edged a high-quality contest."

"An excellent match, including a magnificent block to deny Keinan Davis at the end."

"Once again, he didn't put a foot wrong. Timo Werner didn't get a kick."

"Thanks to him Mohamed Salah and Roberto Firmino were very quiet."

"A superb winger's performance. He was whipping balls in for fun and got himself into the six-yard box to finish off a brilliant team goal."

"The 20-year-old provided energy, skill and composure, setting up Saka's goal in the move of the match."

"No one at Chelsea could get near him, he was that good. With three goals in four matches, he is growing in importance."

"He provided everything you want from a modern full-back, scoring a brilliant goal and setting up another while also helping his team keep a clean sheet."

"He showed he can play anywhere by leading the attack and getting a goal and an assist."

"Outstanding again with his goal and assist. His low cross for Son Heung-min's goal was inch-perfect."

"Led the line brilliantly and won the match with a superb early finish."

"This was no smash and grab, Southampton fully deserved their win over Liverpool. Hasenhuttl has built a formidable team that are solid at the back, hard-working in the middle and exciting going forward."