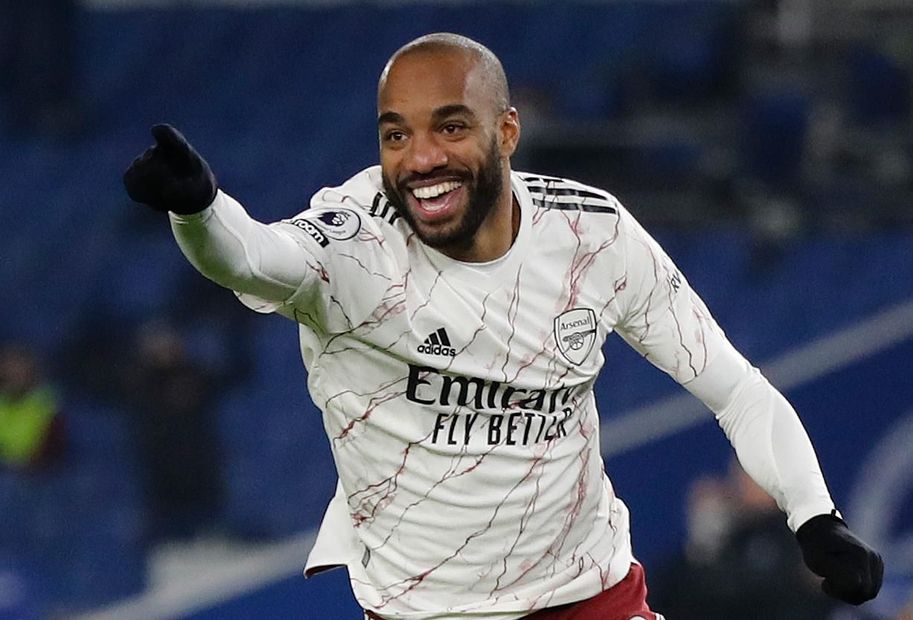 Alexandre Lacazette needed only 29 seconds to score the winning goal and make Premier League history for Arsenal at Brighton & Hove Albion on Tuesday.

For more on this and all the must-know facts from the 16th round of fixtures, read below. To see the reports and key data for the matches, click on the results.

Leicester City won their 10th penalty in their 16th Premier League match of 2020/21, the quickest a team have reached double-figures for spot-kicks in a season.

Anwar El Ghazi has netted five goals in his last five top-flight appearances and is the first Aston Villa player to score in three successive outings since Tom Cleverley in May 2015.

Lacazette scored 29 seconds after coming on, the quickest goal by an Arsenal substitute in the competition since such data became available in 2006/07.

Southampton midfielder James Ward-Prowse made his 73rd consecutive Premier League appearance, the longest active run of any outfield player in the competition.

Leeds United have scored 30 goals this season. The only promoted team in the competition’s history who netted more in their first 16 matches of a campaign were Newcastle United in 1993/94, with 31.

Newcastle United and Liverpool have played out a goalless draw for the first time in 74 matches in all competitions, last doing so in a top-flight fixture in February 1974.