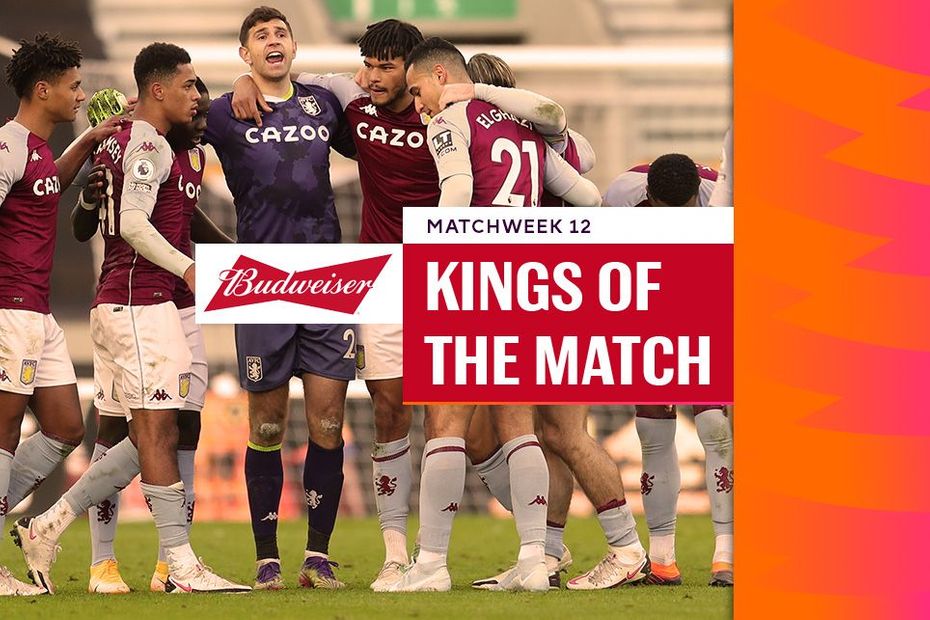 Supporters voted in their thousands to crown their Budweiser Kings of the Match in Matchweek 12.

In another excellent display, his trademark set-piece delivery gave Angelo Ogbonna the chance to score the winner.

Aston Villa's goalkeeper produced repeated heroics, making seven saves to keep a clean sheet and earn over half of the vote.

The substitute made a real impact, having one header cleared off the line and then scoring the winner with another.

With both defences coming out on top at Old Trafford, the Manchester City right-back won the vote ahead of Luke Shaw.

The Southampton defender helped his side to a clean sheet and had a pass completion rate of 92.6 per cent, earning him the fans' accolade.

The Spurs attacker provided another assist for his team-mate Harry Kane, with the pair now combining for 12 Premier League goals this season.

The Liverpool forward's 79th-minute penalty rescued a point for his side at Fulham and earned him 61.5 per cent of the vote.

The Burnley goalkeeper made six saves to keep his fourth Premier League clean sheet of the season.

The Leicester City striker scored one goal and set up two for James Maddison as the Foxes produced a devastating first-half performance.