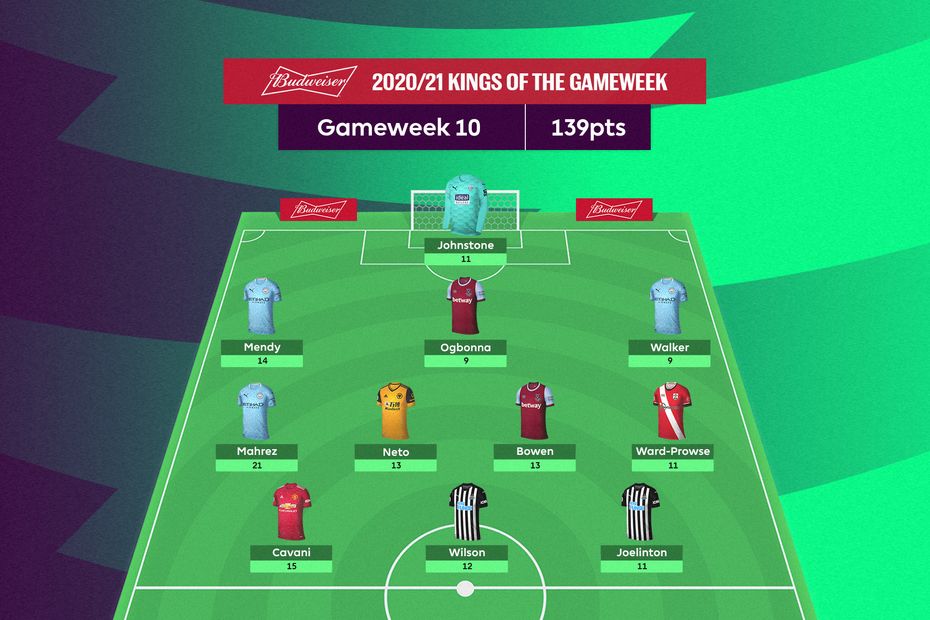 With his hat-trick at home against Burnley, Riyad Mahrez (£8.3m) claimed his season-high haul of 21 points in Fantasy Premier League.

The Manchester City winger has now started seven of the last eight Gameweeks ahead of a very favourable home match against Fulham in Gameweek 11.

He is the fourth most-bought player ahead of Friday's 18:30 GMT deadline, transferred in by 140,000+ managers.

Mahrez is among three Man City players to earn a place in the Kings of the Gameweek XI.

He is joined by full-backs Benjamin Mendy (£5.9m) and Kyle Walker (£6.2m), who produced a goal and an assist respectively in Saturday's 5-0 win.

The trio take their places in a line-up that scored 139 points in a 3-4-3 formation.