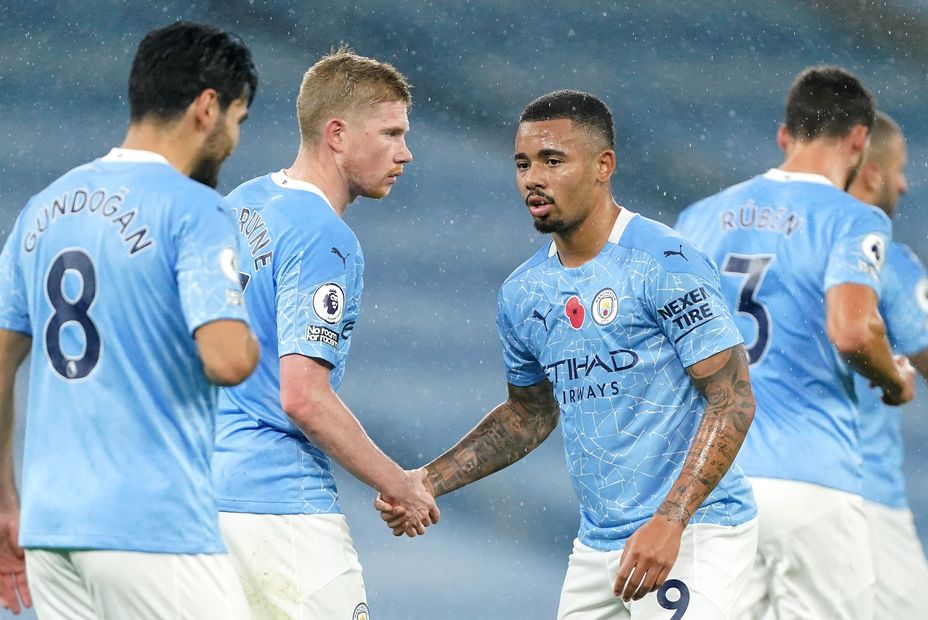 Steven Bergwijn is available for Spurs, but Matt Doherty is ruled out after testing positive for COVID-19. Harry Winks is a doubt while Saturday is likely to come too soon for Erik Lamela.

Manchester City will check on Raheem Sterling (calf) and Sergio Aguero (muscle problem), with Sterling only returning to training on Friday, while the Argentinian has been out on the grass all week.

But Fernandinho and Nathan Ake are both ruled out.

Spurs are on the longest current unbeaten run in the Premier League, with seven matches. They are looking to win four consecutive league fixtures for the first time since February 2019 under Mauricio Pochettino.

Harry Kane has been involved in 23 goals in only 14 matches in all competitions this season, eight more than any other Premier League player, after 13 strikes and 10 assists. The next-highest player on the list is his team-mate Son Heung-min, with 10 goals and five assists.

Man City's Gabriel Jesus has been involved in 11 goals in his last 11 matches in all competitions, with eight strikes and three assists. The Brazilian has scored in his last three appearances for Man City, last scoring in four in a row in April 2018.

This will be the 24th meeting in all competitions between Jose Mourinho and Pep Guardiola. Mourinho's 10 defeats in those duels are more than he has suffered against any other manager, while Guardiola has only beaten Manuel Pellegrini more often, with 12 victories.