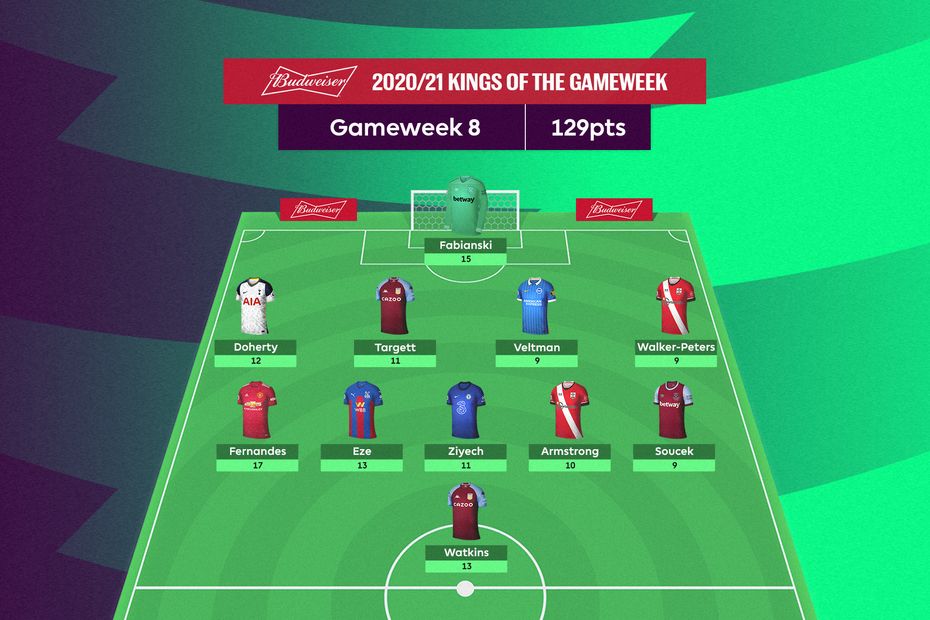 Owen: Watkins is going to be a big hit
FPL Update: Time to back GW8 star Fernandes
Budweiser Kings of the Match: Matchweek 8

The striker returned 13 points in Aston Villa's 3-0 win, taking his tally for the season to six goals.

He is joined in the Gameweek 8 Dream Team by team-mate Matt Targett (£4.5m), who combined an assist with a clean sheet at Emirates Stadium.

They were among nine players to record 10+ points in Gameweek 8, with Bruno Fernandes (£10.5m) the top-scoring player.

Manchester United’s midfielder claimed 17 points, scoring twice and supplying an assist in a 3-1 win at Everton.

They take their places in a line-up that scored 129 points in a 4-5-1 formation. How many did you have in your team?