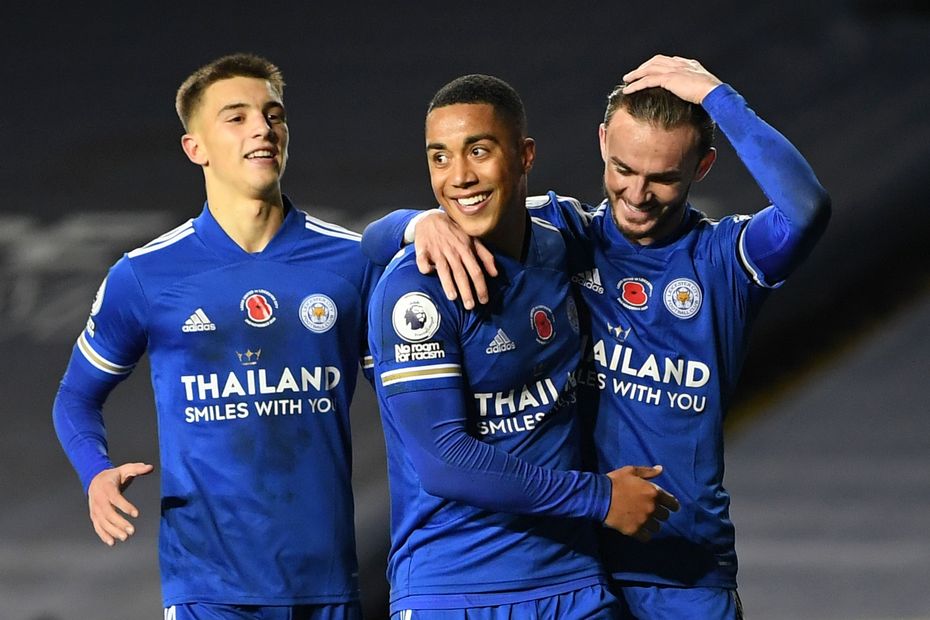 A Youri Tielemans double for Leicester City earned a 4-1 win at Leeds United and sent Brendan Rodgers' side second.

The Foxes went ahead in the third minute when Jamie Vardy pounced on a defensive error and teed up Harvey Barnes.

Tielemans made the score 2-0 on 21 minutes, following up after Vardy's header had been saved by Illan Meslier.

Patrick Bamford's close-range effort for Leeds was saved by Kasper Schmeichel before the break.

Three minutes after half-time, Stuart Dallas's curling delivery sneaked in at the far post to give Leeds hope.

But substitutes James Maddison and Cengiz Under combined superbly for Vardy to restore Leicester's two-goal cushion on 76 minutes.

Following a foul by Mateusz Klich and a VAR check, Tielemans stroked in a stoppage-time penalty to cap the win.

Leeds drop to 12th on 10 points, Leicester are now one behind league leaders Liverpool.