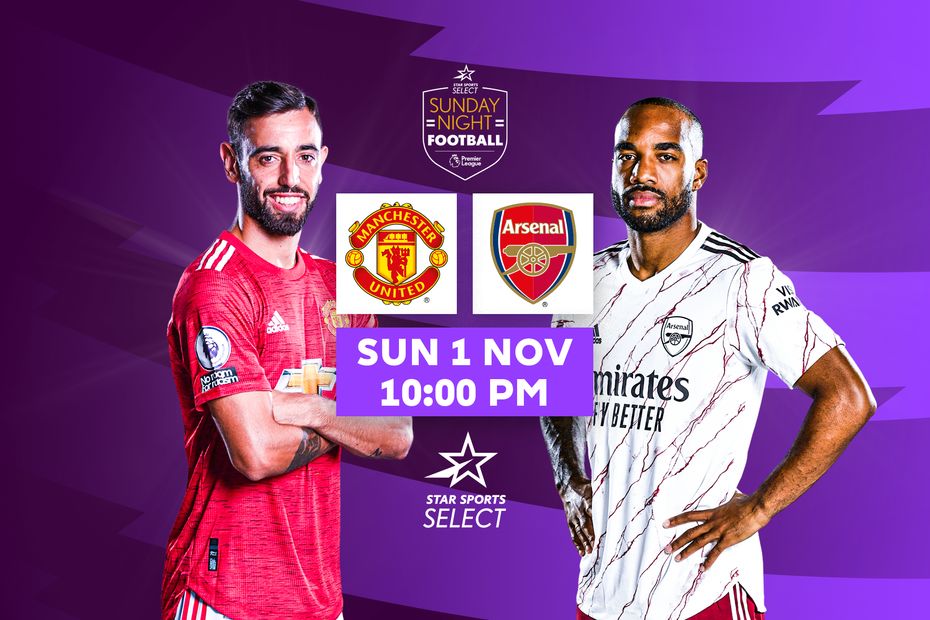 Will this season's run of away wins continue as Arsenal seek their first league victory at Old Trafford for 14 years?

Premier League's Sunday night matches on Star Sports Select have been the home of drama and action this season, and this Sunday’s edition will be no different when Arsenal travel to Manchester United.

It is an important match for both sides’ hopes of challenging at the top of the table.

Mikel Arteta’s Arsenal head to the Theatre of Dreams on the back of consecutive league defeats, while Ole Gunnar Solskjaer’s Man Utd are still looking for a first home win of the season.

And this fixture has history for exciting and goal-laden clashes.

Sunday nights in the Premier League have provided thrills aplenty so far in 2020/21. And, promisingly for an Arsenal side aiming for a first league win at Old Trafford in 14 years, the away teams are the ones who have had the most joy.

Everton shocked Spurs, before a Sadio Mane-inspired Liverpool won at Chelsea. Then came Leicester City’s 5-2 win at Manchester City, before Spurs topped that with their 6-1 victory over Manchester United.

The following week the tables were turned as West Ham United came back from 3-0 down to stun a cruising Spurs with a spectacular stoppage-time equaliser from Manuel Lanzini at Tottenham Hotspur Stadium.

So, expect more fireworks at Old Trafford as two of the most successful Premier League sides meet. Get set for LIVE action with Star Sports Select2/Select2HD and Disney+Hotstar VIP, on Nov 1, 10pm onwards.

Elsewhere this Sunday, Aston Villa and Southampton will each try to maintain their strong start to the season as they go head-to-head, while leaders Everton visit Newcastle United, and Spurs seek their first home win of the campaign against Brighton & Hove Albion.

Also, don't forget to check the rest of the schedule for more Sunday Night Football from the Premier League.