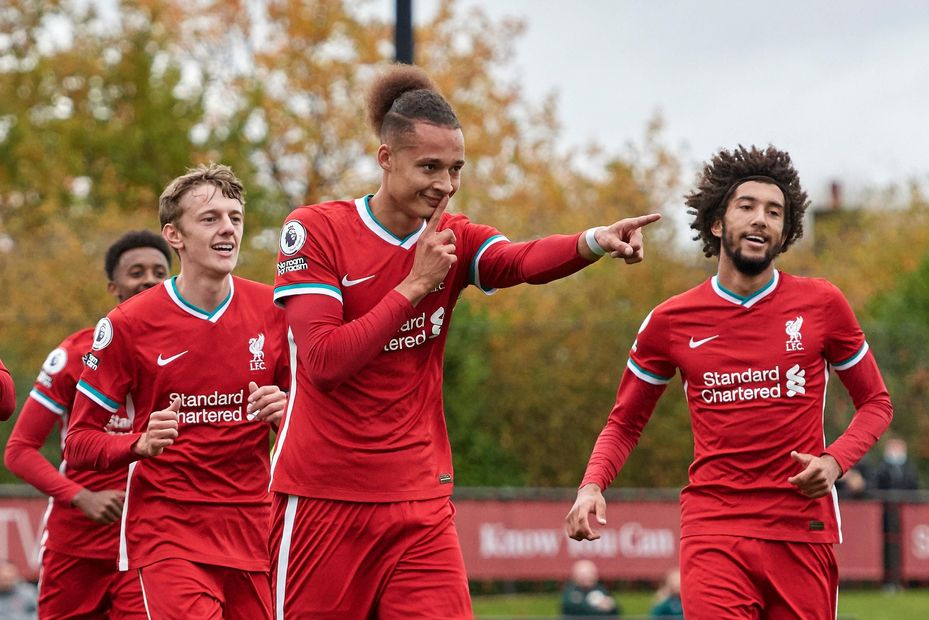 Liverpool struck three goals in eight first-half minutes to inflict a second defeat on leaders Chelsea, with Rhys Williams, pictured, scoring for the Reds after making his UEFA Champions League debut in midweek.

Jake Cain netted his third free-kick of the season and Liam Millar converted a penalty for Liverpool, with the Blues only able to muster a consolation through Bryan Fiabema's 81st-minute spot-kick.

Elsewhere, Manchester City made it three wins in a row as they came from behind to beat 10-man Arsenal, while in Division 2, goals by Ian Poveda and Raphinha secured a 2-0 victory for Leeds United over leaders Norwich City.