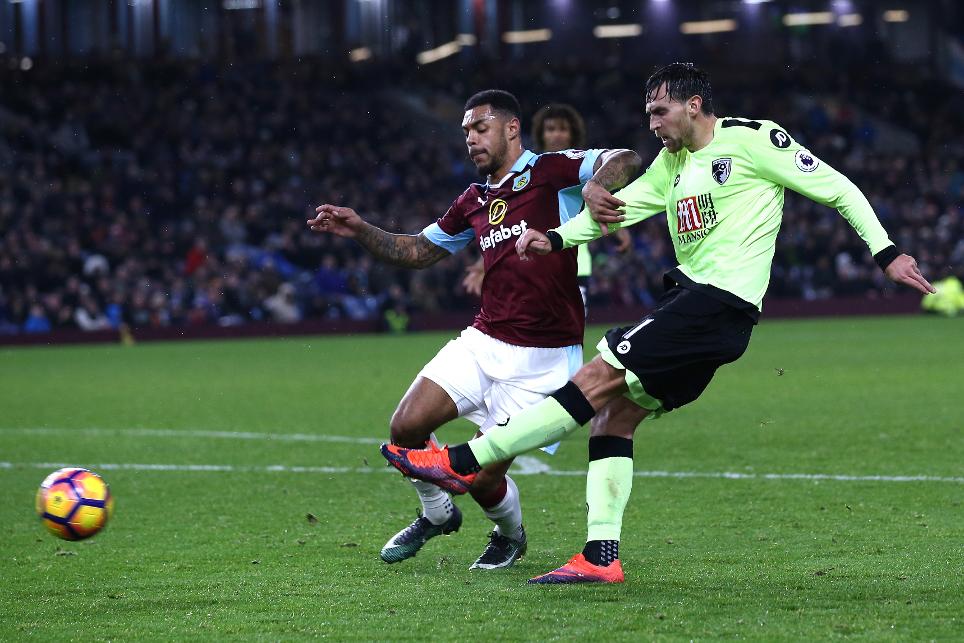 Full-backs Charlie Daniels (£5.0m) and Simon Francis (£4.6m) were rewarded for their attacking contributions with big scores in the Bonus Points System (BPS).

Daniels' second goal of the season helped him collect the maximum three bonus points, registering a BPS total of 33.

Returning to the Cherries' line-up at left-back, he also contributed 11 clearances, blocks and interceptions (CBI) and completed 89% of 58 passes.

Deployed at right-back, Francis scored 30 in the BPS. He provided the assist for Benik Afobe's (£5.6m) goal, one of four key passes he supplied in Saturday's match.

Afobe's strike was enough to help him to 28 BPS, a total he shared with Burnley’s Jeff Hendrick (£5.4m). The Burnley midfielder fired the opening goal as well as contributing eight recoveries.

Daniels also topped the ICT Index, scoring 13.0 to match his previous highest tally back in Gameweek 8.

Two attempts on goal, both inside the Burnley penalty area, helped him to a Threat score of 39. The full-back earned 26 for Creativity from three crosses and two chances created for team-mates.

He registered two attempts from inside the box, including his converted close-range effort after Ben Mee's (£4.5m) header was saved.

He supplied six crosses and completed 90% of his 27 passes in the attacking third - more than any other player on the pitch.

AFC Bournemouth's defensive assets continue to catch the eye for their attacking qualities.

Daniels' 10-point haul took him to 57 for the season, placing him sixth in the overall defender standings. The five defenders above him are all priced £6.1m or more.

Interestingly, the inclusion of Ake, along with Daniels' return at left-back, pushed Adam Smith (£4.8m) into a midfield role once again.

Owned by 10.8% of FPL managers, Smith could yet offer greater potential from that advanced role if manager Eddie Howe retains him further up the field.

Elsewhere, Tom Heaton's (£4.8m) return for Burnley was a welcome boost for his 13.6% ownership.

But the Clarets goalkeeper failed to return a save point in Saturday's encounter, making only two stops. He had produced save points in eight of 11 Gameweek starts prior to the weekend.