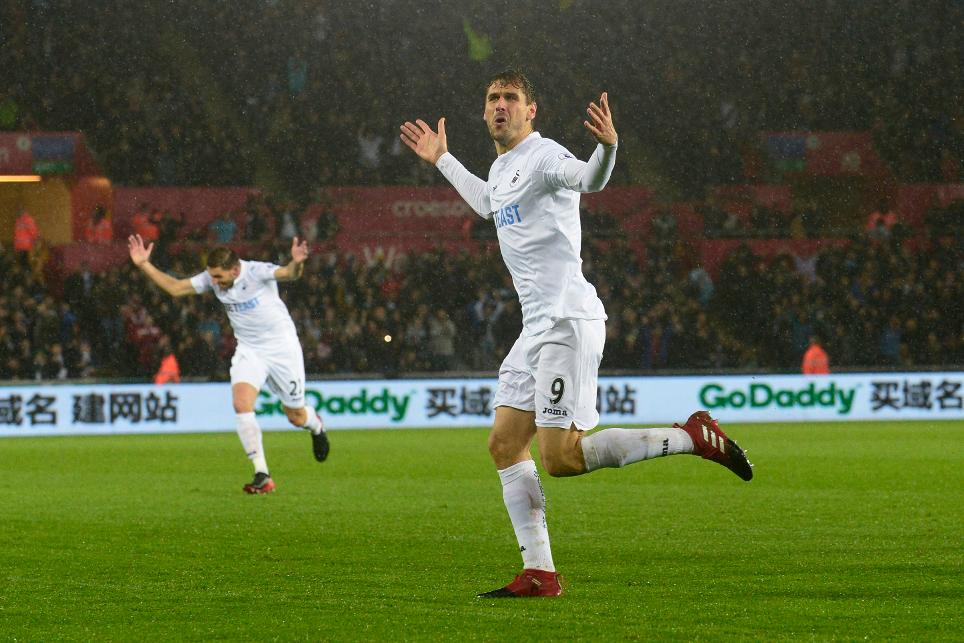 In addition to his two goals, Llorente contributed five recoveries, helping him to tally 55 in the Bonus Points System (BPS).

Llorente edged out team-mate Gylfi Sigurdsson (£7.5m), who scored a BPS total of 53, having provided a goal and an assist.

The Iceland international also made seven recoveries and completed 80% of 40 passes, six of which provided goalscoring opportunities.

The right-back, who was recalled in place of Kyle Naughton (£4.5m), earned 28 BPS. He completed 94% of his 62 passes, made six clearances, blocks and interceptions (CBI) and provided a key pass.

Sigurdsson led the way in the ICT Index, recording a score of 17.7.

The midfielder registered a Creativity tally of 82, the best total of any player in Gameweek 15.

He completed more passes in the final third (19) and created more chances (six) than any player at the Liberty Stadium.

Llorente ranked second, with a Threat score of 72 helping him to an Index total of 14.5.

The striker recorded the most touches (11) and shots from inside the box (four) in Saturday's contest.

Llorente justified his recall to the starting XI with another brace to follow his double against Crystal Palace in Gameweek 13.

Dropped back into the No 10 role to allow for Llorente's return, Sigurdsson’s 13-point haul on Saturday means he has registered attacking returns in five of the last six Gameweeks.

The Swans' in-form attacking assets can continue to thrive over a run of obliging opponents.

Sigurdsson remains the go-to option, with his penalty and set-piece duties providing regular opportunities for points.

But for manager pondering a move for Llorente, Bradley favours Sigurdsson in a 'false nine' position away from home, so the Spaniard's starts may be limited to matches at the Liberty Stadium.

Swansea’s first clean sheet since Gameweek 8 also suggests they could profit at the back over the upcoming spell.

Jordi Amat (£4.1m) has started each of the last four Premier League fixtures, yet was benched by more than 358,000 FPL managers at the weekend.

For Sunderland, striker Jermain Defoe (£7.8m) failed to find the net for the second successive away fixture, having scored four goals in his previous five Gameweeks.

The Black Cats were forced to make a change in attack for this match as Sebastian Larsson (£4.7m) replaced the injured Duncan Watmore (£4.9m), who could miss the rest of the season with a knee injury.

Manager David Moyes will also be without Didier Ndong (£4.8m) for the Gameweek 16 visit of Chelsea; the midfielder picked up his fifth yellow card of the season and will serve a one-match suspension.