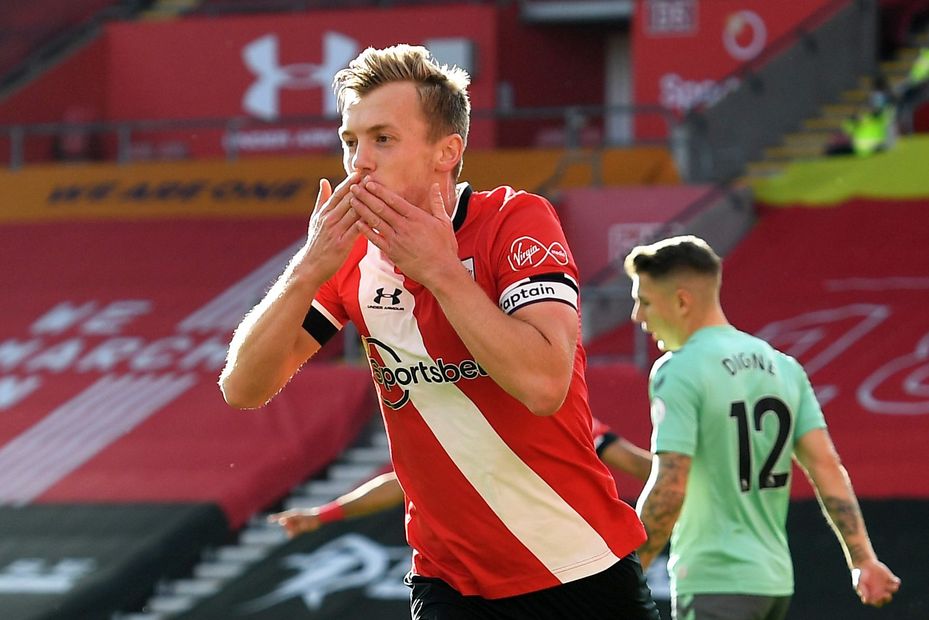 Danny Ings set up both goals. The first came in the 27th minute when he played a one-two with Ward-Prowse, who drove into the far-left corner from inside the area.

Eight minutes later, Ings crossed from the left to the far post, where Adams fired low into the net.

Gylfi Sigurdsson had thumped the bar from 20 yards before Southampton took the lead but the Toffees were second best.

Their hopes of a comeback were dashed when Lucas Digne was shown a straight red card for a foul on Kyle Walker-Peters in the 72nd minute.

Everton stay top on goal difference from Liverpool while the win moves Southampton from 13th to fifth.