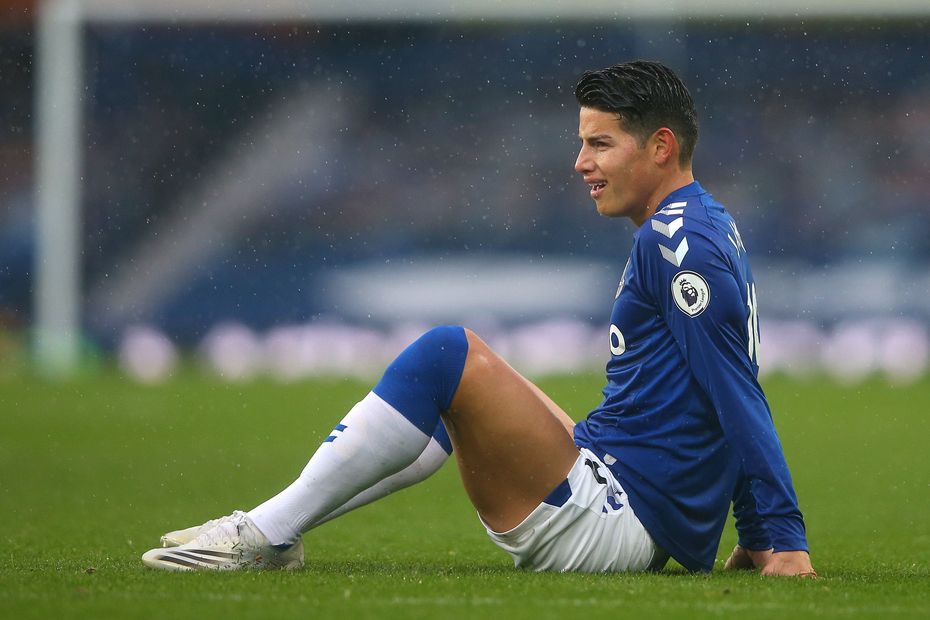 The Scout selects the best mid-priced alternatives to the Everton playmaker, who is a GW6 doubt

Big sales of James Rodriguez (£8.0m) in Fantasy Premier League are expected following the news the playmaker is a doubt for Everton’s visit to Southampton.

The Colombian is currently the third most-owned midfielder in the game, found in 39.4 per cent of squads.

Rodriguez was initially ruled out of Gameweek 6 but his manager, Carlo Ancelotti, said on Friday that there is a chance he could be fit enough to play on Sunday.

Nevertheless, many managers are still seeking a replacement ahead of Friday’s 18:30 BST deadline.

Jack Grealish (£7.2m) has the form and fixtures to turn the heads of Rodriguez backers.

The playmaker has scored three goals and supplied three assists over the last three Gameweeks.

According to the Fixture Difficulty Ratings (FDR), seven of Aston Villa’s next 10 matches score only two.

Ross Barkley (£6.0m) provides a cheaper route into the Villa attack. He has scored against Liverpool and Leicester City in his two outings for Dean Smith’s side.

The midfielder has scored once and provided an assist in Manchester City’s first four matches.

Foden’s eight shots in the box are more than any team-mate this term.

Christian Pulisic (£8.3m) was named in Chelsea’s starting XI for the first time this season in Gameweek 5, having recovered from injury.

The US international averaged 5.1 points per match in his debut FPL campaign in 2019/20 and is only owned by 3.9 per cent of managers.

The Seagulls host West Bromwich Albion and Burnley over the next three Gameweeks.