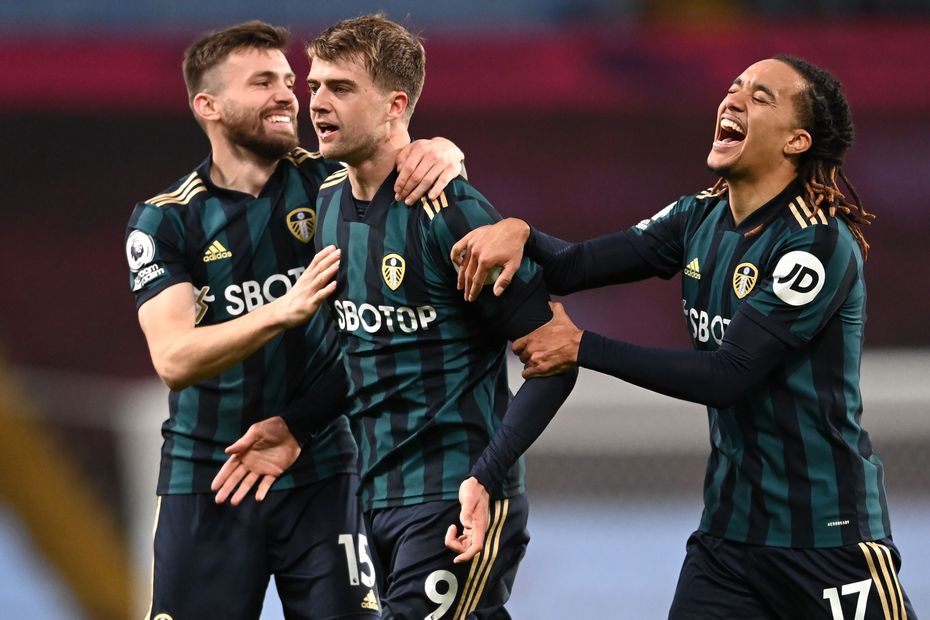 Marcelo Bielsa's side looked dangerous early on, Bamford going close with a diving header and Rodrigo seeing his effort deflected wide. At the other end, Luke Ayling cleared a Jack Grealish shot off the line.

Grealish narrowly failed to score a stunning opener after the break, dribbling from inside his own half before his shot was saved by Illan Meslier.

On 55 minutes, Leeds swept down the left wing and after Rodrigo's shot had been parried by Emiliano Martinez, Bamford was on hand to finish.

The Leeds striker cracked a fine second into the top corner from outside the penalty area 12 minutes later and he claimed a superb hat-trick on 74 minutes with another calm finish into the far corner.