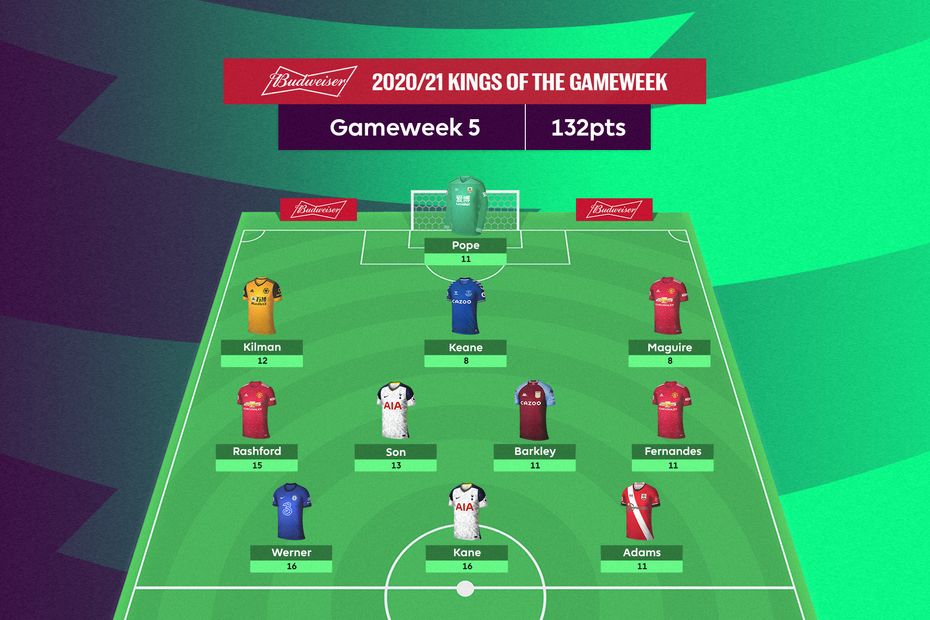 The Debrief: Werner pinpoint in possession and in front of goal External Link
FPL Update: Time to get Werner back in?
Owen: Werner is such a natural finisher

With two goals and an assist against Southampton, Timo Werner (£9.3m) achieved his first ever double-digit haul in Fantasy Premier League.

Chelsea's summer signing had managed only one assist in the opening four Gameweeks.

But a move up front against Saints proved decisive, as he produced a Gameweek-high 16 points in Saturday's 3-3 draw at Stamford Bridge.

𝗙𝗿𝗮𝗻𝗸 on @TimoWerner: 'They were really good individual goals and he looked sharp. It's great for his confidence and we'll see a lot more of that.' 👊#CHESOU pic.twitter.com/AwG3isx2JI

Kane and his team-mate Son Heung-min (£9.3m) have both been named in the Kings of the Gameweek XI on three occasions already, more than any other players.

They take their places in a 3-4-3 formation that totalled 132 points in Gameweek 5.