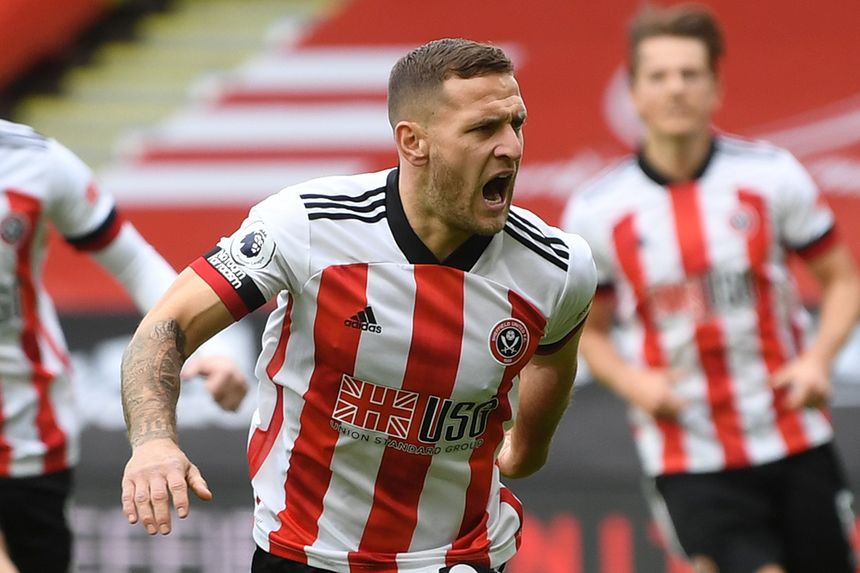 Billy Sharp stepped off the bench to score an 85th-minute equaliser to earn Sheffield United a 1-1 draw with Fulham as both sides secured their first point of the season.

Fulham looked to be heading for victory as Ademola Lookman struck on his full debut with 13 minutes left, but Jack Robinson was then fouled by Aleksandar Mitrovic and Sharp converted his spot-kick.

Alphonse Areola was the busier of the goalkeepers in the first half, brilliantly saving Oli McBurnie's 29th-minute header low to his right as the striker spurned three opportunities in the opening period.

Mitrovic was given a golden opportunity to put Fulham ahead on 57 minutes when Robinson handled, but his penalty hit the crossbar and went over.

Lookman's superb left-footed finish high into the net put Fulham ahead. But there was more frustration for Mitrovic as he conceded the penalty that allowed Sharp to equalise and headed wide twice late on.

King of the Match: Ademola Lookman