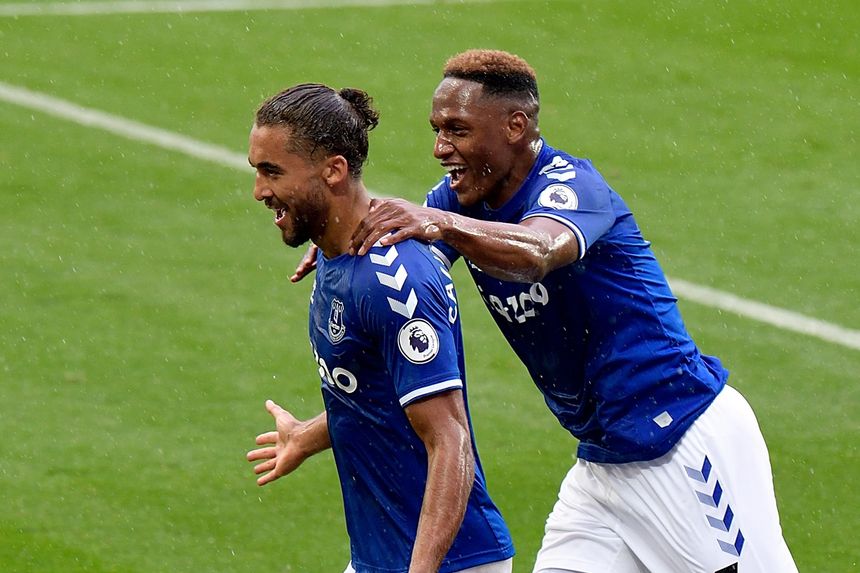 With his goal against Brighton & Hove Albion on Saturday Dominic Calvert-Lewin not only helped Everton continue their perfect start to the season, but he also edged closer to a Premier League goalscoring record.

Calvert-Lewin scored the opener in the 4-2 victory at Goodison Park, giving Everton their best start to a Premier League season, with four wins from four.

The 23-year-old forward, the division's leading scorer with six goals, has netted in each of those matches, leaving him just two matches shy of the Premier League record.

That was reached by Sergio Aguero, who scored in each of Manchester City's first six matches of last season.

Scoring runs from start of season

Calvert-Lewin has to score against Liverpool in the Merseyside derby on 17 October to equal the five-match scoring streaks of Jose Antonio Reyes and Wayne Rooney.

If he does, then he will have a chance to draw level with Aguero when Everton travel to Southampton a week later.