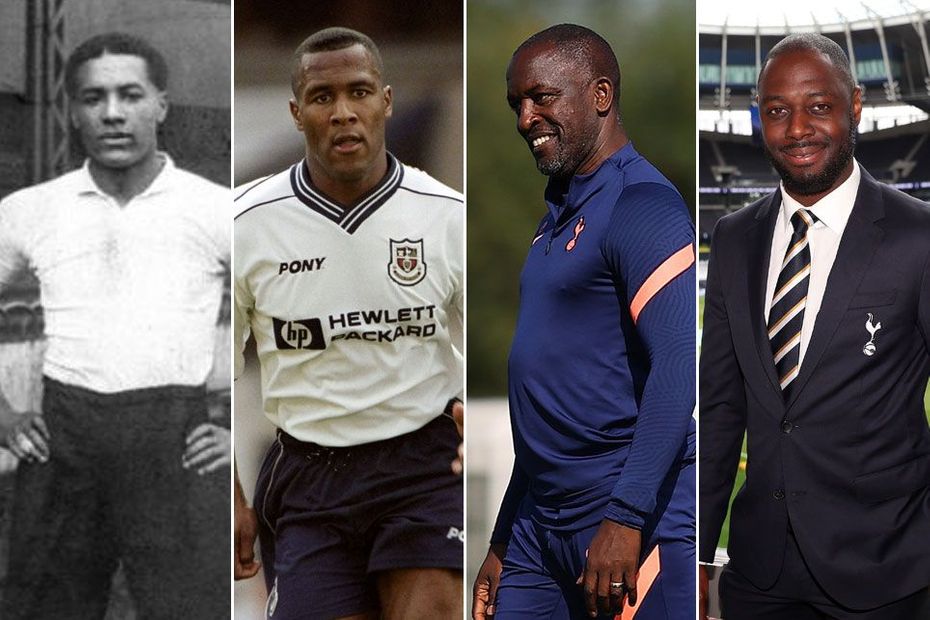 As part of Black History Month, Tottenham Hotspur are celebrating the impact of the black community on the club’s past, present and future.

One such past player is Walter Tull, the first black outfield player to appear in the Football League.

Tull (pictured above, far left) made 10 appearances for Spurs between 1909-11 and was the first British-born black combat officer in the British Army, posthumously awarded the British War and Victoria Medal.

His surviving great nephew, Ed Finlayson, visited the club as part of a documentary "Alison Hammond: Back To School", which aired on ITV in the United Kingdom.

In the programme, Ed received a surprise gift from Spurs midfielder Dele Alli.

📺 ICYMI: @AlisonHammond recently visited our stadium with Walter Tull's great nephew, Ed, to learn more about his legacy as the first Black outfield player to play in the First Division.

Spurs are proud of the club's track record in creating opportunities for black coaches within the game at the highest level, with Chris Hughton, Chris Ramsey, Les Ferdinand and the late Ugo Ehiogu among their prominent black coaches in the past and Ledley King and Chris Powell in the present.

The club will hold a panel discussion featuring King and Powell speaking about their pathways into coaching that will be attended by young people from the Foundation’s Passion 4 Coaching programme, which aims to inspire a future generation of black coaches.

For a second year running, Spurs provided exclusive access to students from the Black Collective of Media in Sport (BCOMS) initiative, which aims to create greater diversity within the sports media.

And students had the chance to conduct a virtual press conference with Spurs head coach Jose Mourinho, where he spoke about the most influential players that have played the game and what it is like to work with Ledley King.

As part of our #BlackHistoryMonth celebrations, Jose conducted a virtual press conference with @bcomstweet students, aiming to create greater diversity and opportunities for young people within the sports media.#THFC ⚪️ #COYS pic.twitter.com/WORS9ZLR7I

'Diversity is at our heart'

"Equality and diversity is at the heart of everything we do as a club," Daniel Levy, the club chairman, said.

"We are proud of our rich history of black players and the development of black coaches and staff within the Spurs family – this is in our DNA and always will be.

"It is important that we celebrate Black History Month as a way of not only reflecting on what has been achieved, but striving to create further opportunities and continue to push the boundaries for our black community within education, the media and the game itself."