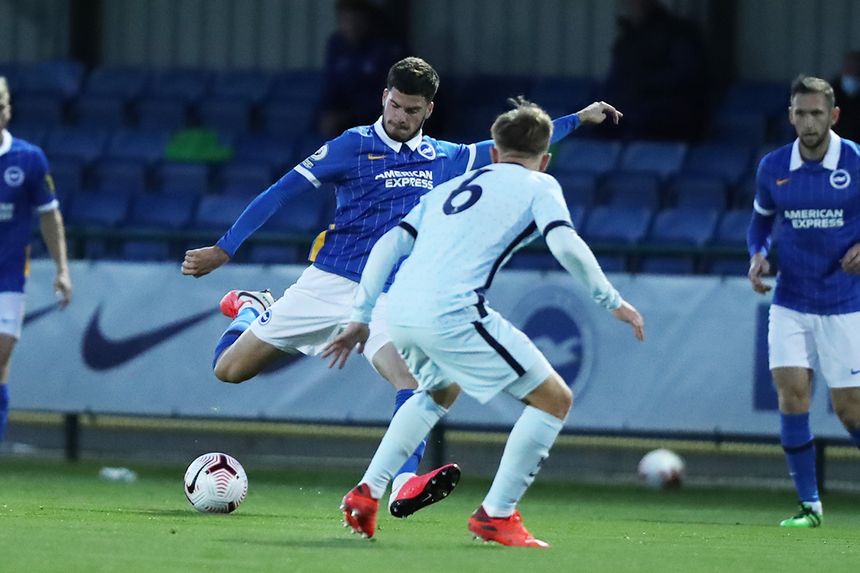 Catch the best goals from the weekend's Premier League 2 matches, including the Brighton player's quick thinking from distance

Youth highlights: Gelhardt gets off the mark in style

I want to do my parents proud, says Lamptey External Link
Best goals of the 2019/20 Under-23 season

In Division 2, 18-year-old Sam Greenwood continued his great start at Leeds United since joining from Arsenal in the summer.

Each of the forward's goals in his hat-trick in the 3-1 win over Sunderland were great finishes, taking Greenwood's PL2 goals total to four in 2020/21, at the top of the competition's scoring charts.

Newcastle United's 18-year-old midfielder Stan Flaherty showed his prowess from set-pieces with a stunning free-kick in the 3-1 win at Burnley.

Wolverhampton Wanderers' 19-year-old midfielder Taylor Perry, a local lad who has been at the club since the age of seven, was the star of the 3-0 win over Stoke City, his two goals and power and skill showing why he got a taste of first-team football last season.

Taylor Perry's man of the match performance for @WolvesAcademy.