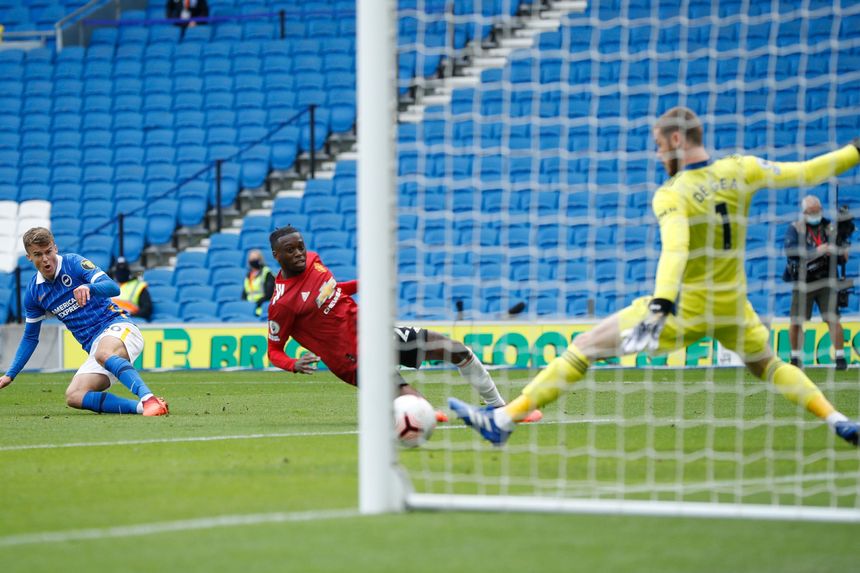 Potter: We deserved something External Link
Fernandes enters top three for latest Premier League goals
Neves strike and other great goals in off the bar

Graham Potter’s side struck the woodwork on five occasions at Amex Stadium, the most any team have done in a single Premier League match since this data was first recorded in 2003/04.

Of those five times Brighton hit the frame of the goal, three came from one player, Leandro Trossard.

The Belgian became the first player to strike the woodwork three times in a match since Cristiano Ronaldo for Man Utd v Newcastle United in October 2006.

The only other player to hit the woodwork on three occasions in the Premier League was in November 2003, when Jay Jay Okocha did so for Bolton Wanderers against Tottenham Hotspur.

Trossard completed an unlucky hat-trick, crashing an early effort against David De Gea's left post before shooting against the base of the right later in the first half. His shot then connected with the crossbar on 76 minutes.

Adam Webster headed against the bar in the first half for Brighton, with Solly March's second-half effort striking a post.