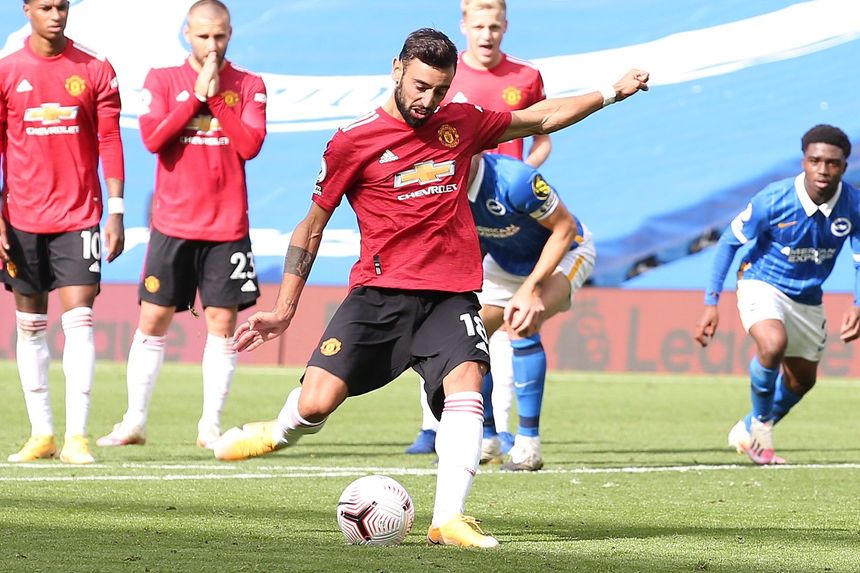 Report: A great performance but no reward for Albion External Link

Milestone for Marcus as he hits our 10,000th goal External Link

Brighton opened the scoring from the penalty spot after Tariq Lamptey had been brought down by Fernandes, Neal Maupay chipping past David De Gea on 40 minutes.

United levelled just 194 seconds later when Nemanja Matic’s poke back across goal was diverted in by Brighton's Lewis Dunk.

The visitors went in front on 55 minutes when Marcus Rashford took Fernandes’s pass from halfway and tricked the Brighton defenders before scoring.

Brighton then twice struck the woodwork - doing so a record five times in total - before Solly March headed in Alireza Jahanbakhsh's cross at the far post in the fifth minute of stoppage time.

But Maupay's handball, awarded on review after the referee had initially blown for full-time, allowed Fernandes to score from the spot with the last kick of the match.