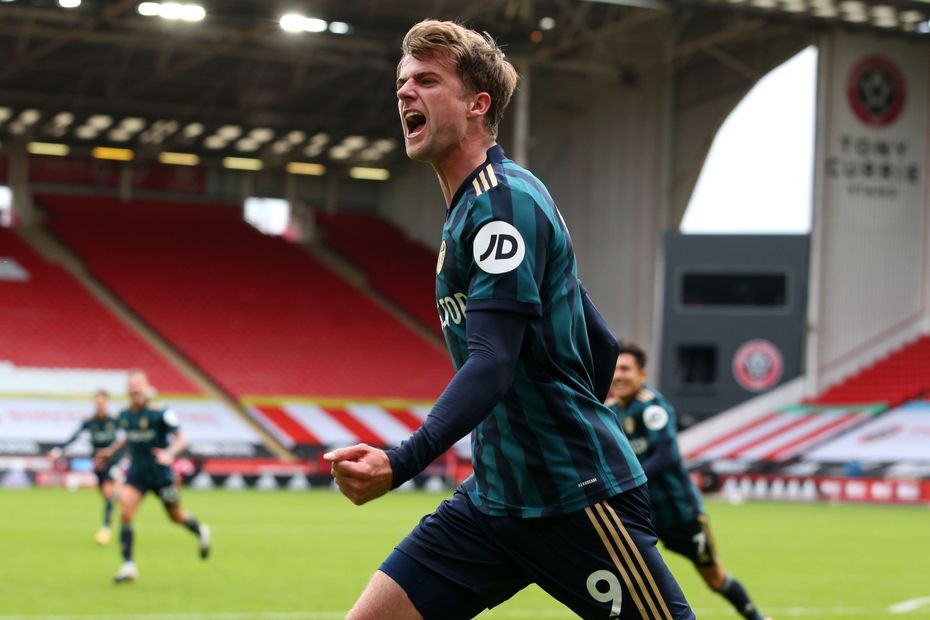 Leeds United striker Patrick Bamford had plenty of reasons to celebrate after his 88th-minute header at Sheffield United.

Not only did he secure back-to-back victories for his side, at the expense of Yorkshire rivals, but he also secured a piece of club history and joined an exclusive group of players who have hit the ground running in the Premier League following promotion.

For more on this and all the must-know facts from the third round of fixtures, read below. To see the reports and key data for the matches, click on the results.

Bruno Fernandes' goal at 99min 45sec was the latest scored in the Premier League since Juan Mata for Chelsea against Norwich City in August 2011 at 100min 3sec.

Dominic Calvert-Lewin has become the first player to score in each of Everton's first three Premier League matches of a campaign since Steven Naismith in 2014/15.

Chelsea have become the first Premier League team to avoid defeat after trailing by three goals at half-time since West Ham United also fought back to draw 3-3 against West Bromwich Albion in February 2011.

Since the start of last season, Danny Ings has scored 25 of Southampton's 54 Premier League goals (46 per cent). No player has netted more in this period.

Patrick Bamford has become the first Leeds United player to score in their first three top-flight appearances, and only the third player to do so in the first three Matchweeks of a Premier League season for a promoted team, after Michael Ricketts in 2001/02 for Bolton Wanderers and Norwich's Teemu Pukki last term.

Callum Wilson's equaliser for Newcastle United at 96min 20sec was the latest scored by a team with their first shot on target in a Premier League match since Opta began collecting exact PL goal times in 2006.

Aston Villa have kept their first clean sheet in 27 Premier League away matches, a feat they previously achieved at West Brom in January 2016. It is only the third time they have opened a PL campaign with back-to-back victories, having also done so in 1995/96 and 1999/00.

Diogo Jota has become the 13th player to score on his Premier League debut for Liverpool, and the first to do so in a match against Arsenal since Sadio Mane in August 2016.