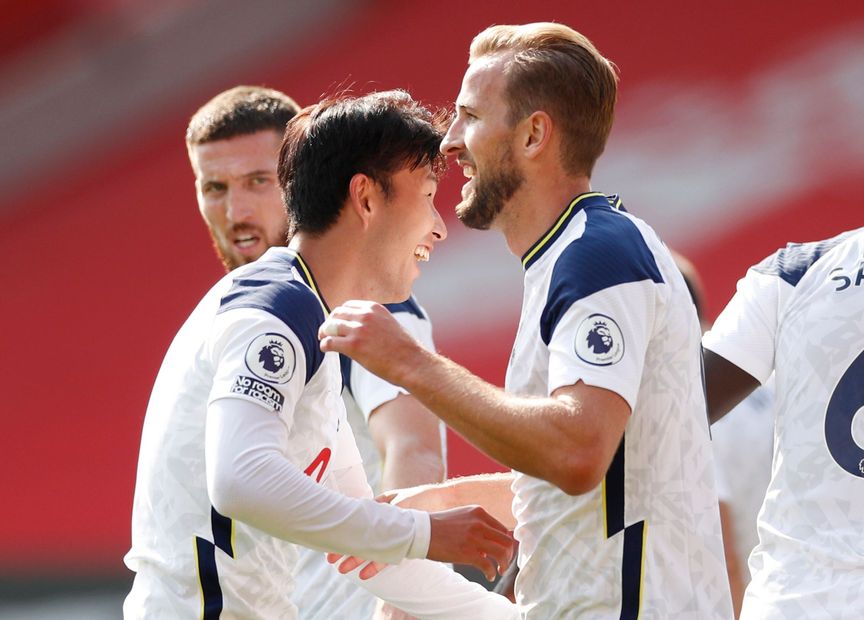 Harry Kane became only the second player in Premier League history to be involved in five or more goals in a single match on two occasions as he starred in Tottenham Hotspur's 5-2 win at Southampton.

Kane provided the assists for all of Son Heung-min's four goals, and he then scored Spurs' fifth.

He is the second player to claim five goal involvements in two different Premier League matches, after Arsenal legend Thierry Henry scored three times and claimed a couple of assists on two occasions, against Middlesbrough in 2000 and Leicester City in 2006.

Kane's last haul of five goal involvements came when he scored four and set one up in a 6-1 success at Leicester in May 2017.

Only two players have ever beaten five goal involvements in a PL match.

Alan Shearer scored five and assisted one as Newcastle United beat Sheffield Wednesday 8-0 in September 1999, and Jurgen Klinsmann hit four goals and set two up as Spurs won 6-2 at Wimbledon in May 1998.

Kane is the first man to assist four goals for one team-mate in a single Premier League match, and is just the sixth player to set up four in a single appearance in the competition's history.

Emmanuel Adebayor achieved the feat for Spurs versus Newcastle in February 2012, while the four other occasions were all provided by an Arsenal player, courtesy of Santi Cazorla, Cesc Fabregas, Jose Antonio Reyes and Dennis Bergkamp.

The exploits by Son and Kane continue a rich history of Spurs players claiming bumper hauls in the competition.

Son became the north Londoners' sixth player to score four goals or more for them in a Premier League match, a joint-high in the competition along with Liverpool and Manchester United.

Their total of four players to register five goal involvements or more in a PL appearance is a record that no other club has equalled.