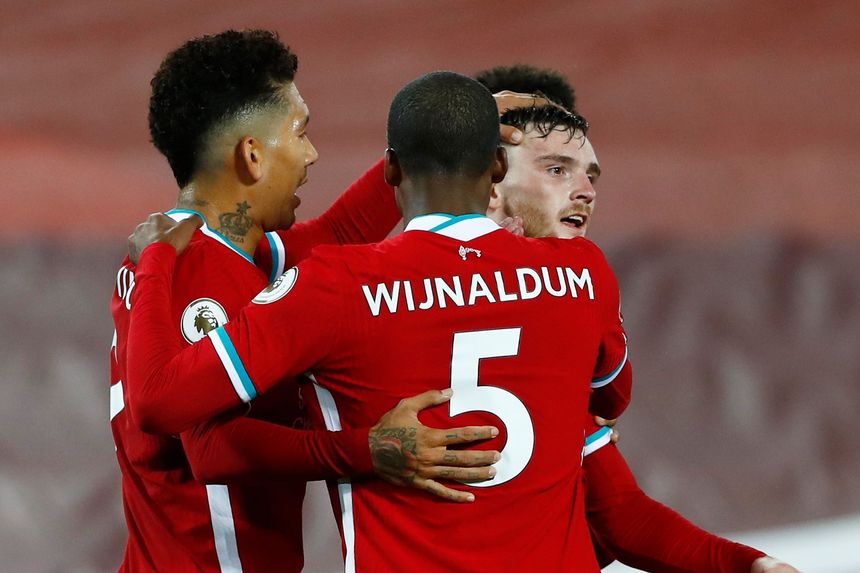 First-half goals from Sadio Mane and Andrew Robertson plus a late Diogo Jota strike on his Premier League debut for Liverpool helped the Reds continue their winning start to 2020/21 with a 3-1 victory over Arsenal.

After Trent Alexander-Arnold had a 22nd-minute drive deflected onto the woodwork, Arsenal took the lead on 24 minutes when Robertson played Ainsley Maitland-Niles' cross into the path of Alexandre Lacazette who scored.

Two minutes and 27 seconds later Liverpool were back on level terms when Mohamed Salah's shot was parried by Bernd Leno into the path of Mane, who made no mistake from close range.

Robertson then put the Reds ahead on 34 minutes, stealing in unmarked at the back post to fire home Alexander-Arnold's deep cross.

Lacazette had a superb chance to claim an equaliser but after being played through on goal, he was denied by Alisson.

Jurgen Klopp's side then made the points safe two minutes from time when substitute Jota marked his Premier League debut with a driven finish from the edge of the area.

Liverpool have started the season with three successive wins while this was the first defeat of the campaign for Arsenal.