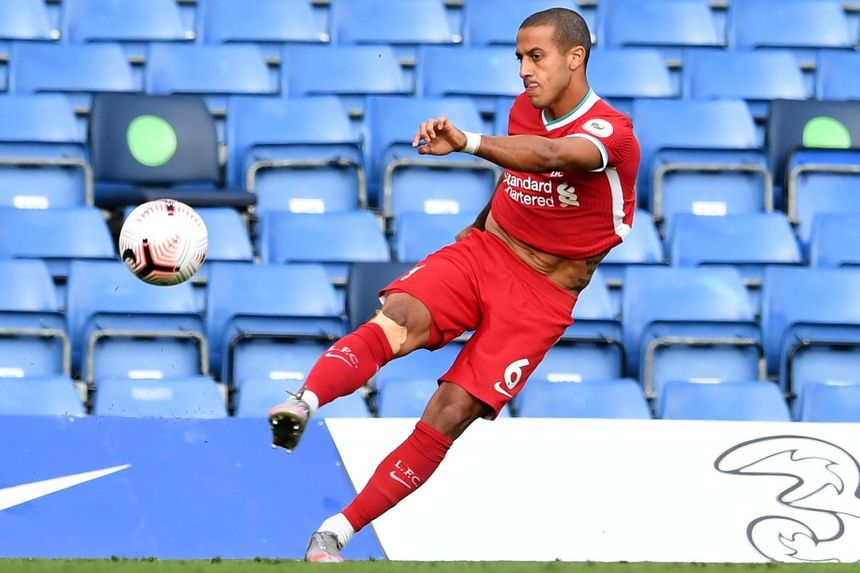 Hargreaves: Thiago is one of world's top five midfielders

Liverpool's new signing Thiago Alcantara made an instant impact on his Premier League, immediately writing his name into the history books with an extraordinary display of passing in the 2-0 victory at Chelsea.

For more on this and all the must-know facts from the opening weekend, read below. To see the reports and key data for the matches, click on the results.

Dominic Calvert-Lewin is the first Everton player to score a Premier League hat-trick since Wayne Rooney versus West Ham United in November 2017.

Leeds United's opening two Premier League matches this season have featured 14 goals (F7 A7), the most for a top-flight side's opening two matches since Wolverhampton Wanderers in 1962/63 (F12 A2).

Wilfried Zaha is the first player to score twice in a Premier League match versus Manchester United having previously played for them in the competition.

Since 3 February 2018, Arsenal duo Alexandre Lacazette and Pierre-Emerick Aubameyang have combined for 11 Premier League goals, second only to Ryan Fraser and Callum Wilson, with 13.

Son Heung-min and Harry Kane have combined for more Premier League goals (24) than any other duo in the competition since the South Korean’s move to Tottenham Hotspur in August 2015.

Brighton & Hove Albion have now won three of their last four away Premier League matches (D1), as many as in their previous 27 encounters on the road (W3 D8 L15).

Since such data became available in 2003/04, Thiago's total of 75 passes for Liverpool was the most ever by a player featuring for 45 minutes or less. It was also more than any Chelsea player managed throughout the match.

Leicester City have won their first two matches of a Premier League season for the first time since their title-winning campaign of 2015/16, while this is the first time they ended the day top of the table since the final day of that season.

Emiliano Martinez became the first goalkeeper to save a penalty on their debut for Aston Villa in the Premier League.

Since the start of last season, Kevin De Bruyne has been directly involved in more Premier League goals (35 - 14 goals and 21 assists) than any other player, three ahead of Mohamed Salah.