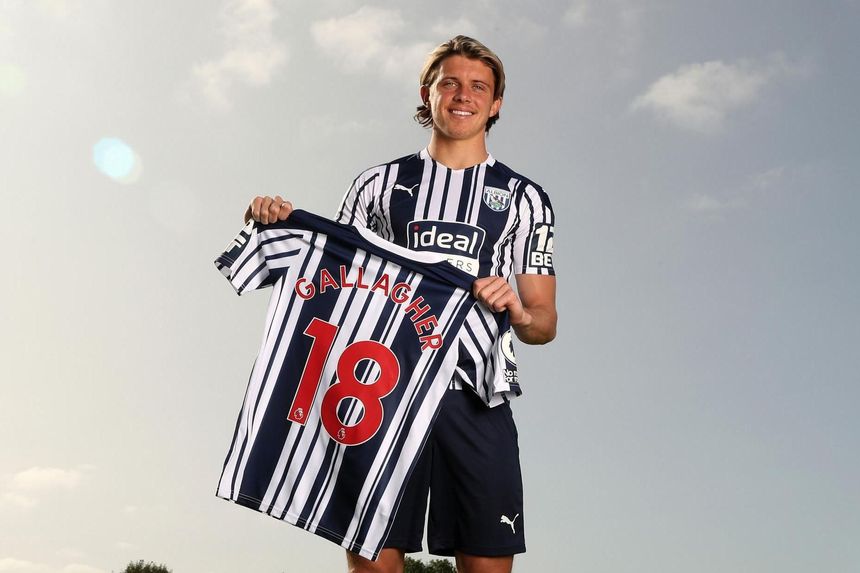 West Bromwich Albion have announced the signing of Conor Gallagher on loan from Chelsea.

Gallagher, a 20-year-old midfielder, joins West Brom for the remainder of the 2020/21 season after also agreeing a new deal with Chelsea until 2025.

“There was a lot of interest from the Premier League, which is where I wanted to play this season, but this is where I want to be,” he told West Brom's official website.

“West Brom stood out to me because of the way they played last season. I played against them two or three times and I liked how they approached the game.

"I felt that it would suit me and it would be best for my development. I felt it could help me become the player I want to be."

"I felt like this was the right team for me. There was other interest but I'm delighted to be here."

Watch Conor Gallagher's first interview in full for free over at https://t.co/CZ5IBrM5e0 💬 pic.twitter.com/ca6tQQrgIC

Gallagher enjoyed a breakthrough campaign on loan in the Championship last season. He scored six goals and assisted two more for Charlton Athletic before joining Swansea City and helping them to reach the play-offs.

He also made his England Under-21 debut in 2019/20 and explained to West Brom fans what he can bring to The Hawthorns.

“I’m a box-to-box player but I’m also versatile,” he added.

“I like to think that I can play wherever in midfield and look to create chances and try to chip in with goals too."

Gallagher will hope to make his Premier League debut when the Baggies travel to Everton in the first fixture of Matchweek 2.