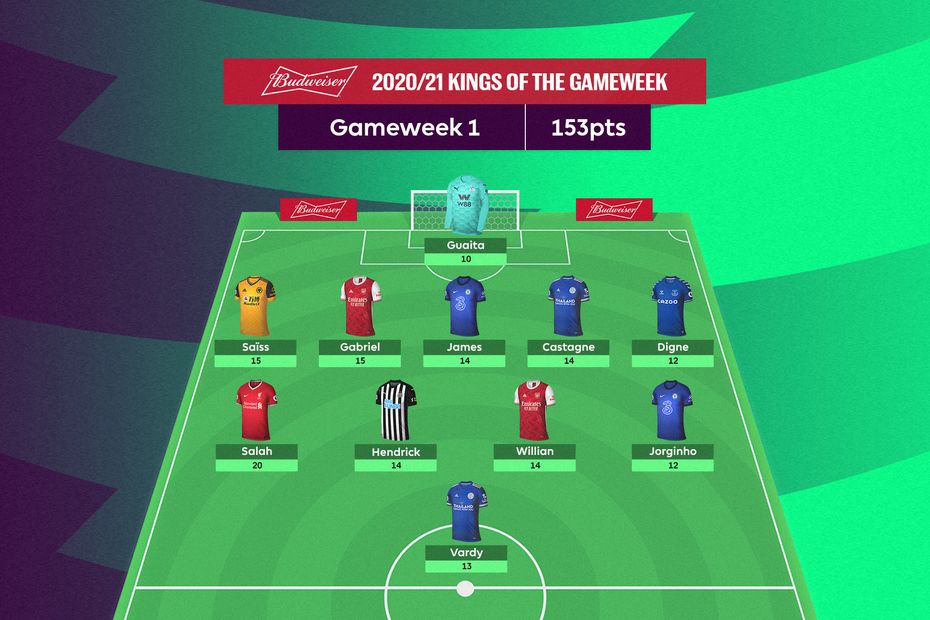 Castagne: You Have To Choose Your Moments External Link
GW1 Lessons: Willian among signings to make a flying start
The advantages of starting FPL in Gameweek 2

With a goal and clean sheet against West Bromwich Albion, Timothy Castagne (£5.5m) enjoyed an outstanding debut in Gameweek 1 of Fantasy Premier League.

Castagne was among five defenders to secure a place in the Kings of the Gameweek line-up, which scored 153 points in a 5-4-1 formation.

And FPL managers have flocked to the Gunners man on the back of his 15-point haul.

Gabriel is the most-bought defender in the Gameweek, earning over 190,000 transfers in for a home match with West Ham United.

The left-back has been bought by 105,000+ Fantasy managers after delivering an assist and clean sheet in the Toffees’ 1-0 win at Tottenham Hotspur.

Reece James (£5.0m) secured his place in the Dream Team in the final match of Gameweek 1.

Chelsea’s raiding right-back scored once and provided an assist in a 3-1 win at Brighton & Hove Albion.